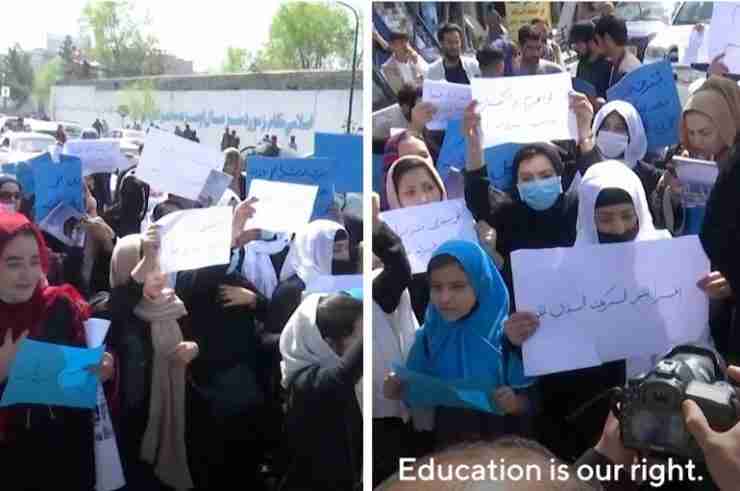 Afghan girl students took to the streets of Kabul to protest their right to education after the Taliban banned them from returning to school.

On Mar. 22, the Taliban banned girls from going back to high school after it promised all students would be able to return to school.

Many students, parents, and teachers were unaware of restrictions until the first day of school.

The decision was condemned by international human rights organizations and Nobel Prize winner, Malala Yousafzai, who was shot in the head by the Taliban for campaigning for girls to be allowed to go to school.

On Saturday Mar. 26, a group of girls and marched in front of the education ministry to demand gender equality and education rights for all girls in Afghanistan.

“Education is our right,” the students chanted.

“We girls are allowed to study same like boys, Islam has given us this right, but the Taliban have taken this right from us,” a girl named Fatema told Reuters.

In response to the Taliban’s announcement, the United States has canceled meetings with the Taliban in Doha, which would have discussed economic issues in Afghanistan.