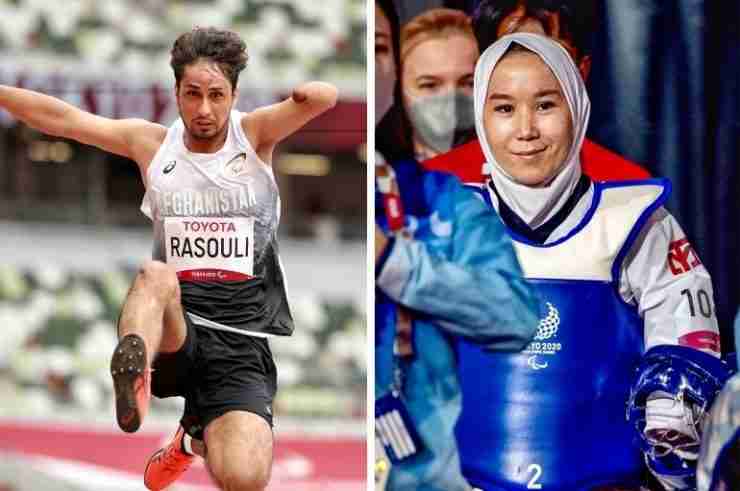 Afghanistan’s Paralympic athletes Zakia Khudadadi and Hossain Rasouli have arrived safely in the Tokyo 2020 Paralympic Village and successfully competed in the Games after a major global operation.

In a statement on Saturday, Aug. 28, the International Paralympic Committee (IPC) confirmed the pair of athletes were evacuated from Afghanistan to Paris, where they spent a week training at the National Institute of Sport Expertise and Performance (INSEP) before boarding a flight to Tokyo.

This comes just 12 days after Khudadadi posted a video appealing to the public for assistance, after the Afghanistan Paralympic Committee announced the two athletes would not be attending following the country’s fall to the Taliban.

22-year-old Khudadadi competed on Thursday Sep. 2 in the women’s K44-49kg category for taekwondo as Afghanistan’s first woman Paralympic competitor since Athens 2004. She lost the match to Ziyodakhon Isakova of Uzbekistan.

Rasouli, a 26-year-old sprinter who had his left hand amputated after a landmine explosion, had missed his 100m event by the time he arrived. He chose to compete in the T47 long jump instead on Tuesday Aug. 31.

Although he finished in last place, Rasouli recorded a personal best distance of 4.46 meters and was met with a round of applause, according to the Guardian.

The athletes were allowed to skip the press conferences to protect their privacy.

In a show of solidarity and peace, the Afghanistan flag was included at the Paralympic opening ceremony despite the uncertain state of the athletes’ attendance at the time.

“Thanks to the outstanding efforts of several Governments, the Centre for Sport and Human Rights, Human Rights for All, the French Paralympic Committee, the British Paralympic Association, World Taekwondo, Zakia and Hossain are now in Tokyo to fulfill their dreams, sending out a strong message of hope to many others around the world,” the president of the IPC said after announcing the athlete’s safe arrival.

“We will continue to work closely with Zakia, Hossain and the team’s Chef de Mission to ensure they receive all the care and support they need, both during and after the Tokyo 2020 Paralympic Games,” he added.