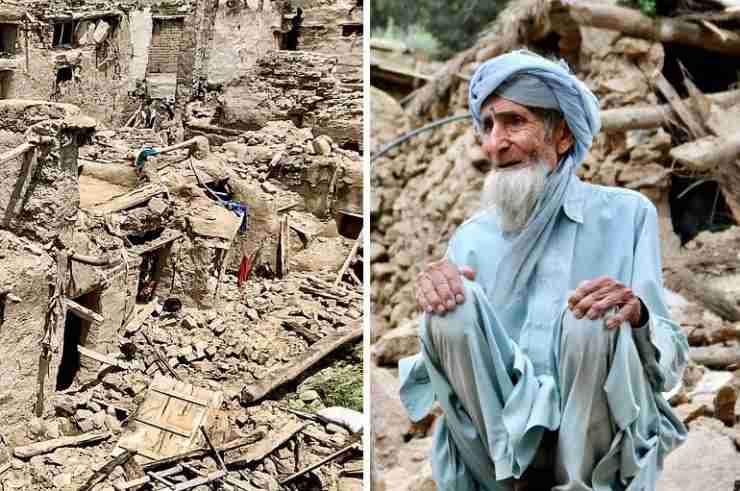 Afghanistan has experienced its deadliest earthquake in two decades, killing at least 1,000 people and leaving at least 1,600 others injured.

The 6.1 quake struck at 1:24 a.m local time on Wednesday June 22 around 44 kilometers from the city of Khost, southeast Afghanistan.

Most of the casualties and destruction were reported in the southern province of Paktika, near the border with Pakistan.

Images showed houses completely destroyed and survivors digging out bodies from the rubble.

“I lost 22 members of my [extended family] including my sister, and three of my brothers. More than 70 people in the village died,” one local told the the Guardian.

“Nearly all government and private hospitals are full of victims,” Awal Khan Zadran, a doctor in Paktika, told the New York Times.

Aid charities say they expect the death toll to rise considering that the earthquake happened at night when many people were indoors and the areas that were affected the most were rural areas, which are far from hospitals, according to the New York Times.

The tremor was felt in the capital city Kabul and neighboring countries such as Pakistan and India, but little to no casualties have been reported in those areas.

Local news agencies reported that a lack of helicopters have made rescue operations difficult across remote areas in the country.

The disaster comes as Afghanistan continues to face a humanitarian and economic crisis since the Taliban took over last August.

The supreme leader of the Taliban, Haibatullah Akhundzada, has offered his condolences to families affected.

“We urge all aid agencies to send teams to the area immediately to prevent further catastrophe,” the Taliban spokesperson tweeted.

However, foreign sanctions on the Taliban government could potentially be a hurdle for Afghanistan to receive international assistance, according to Reuters.

The UN, ICRC and other humanitarian organizations are sending medical assistance to affected areas.