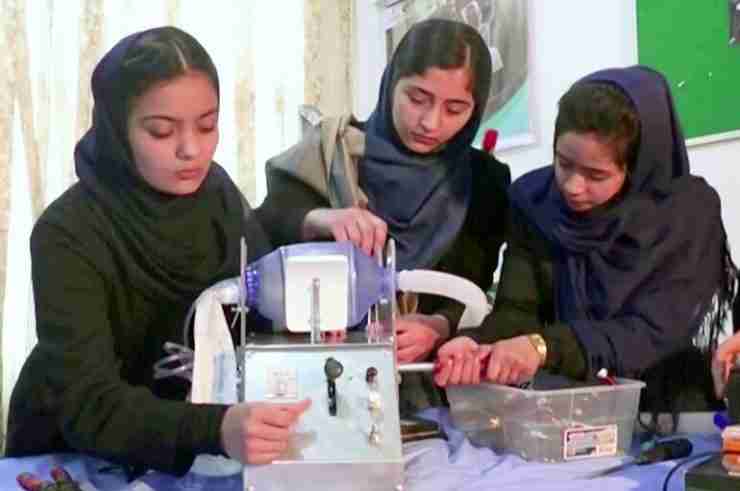 First known after making headlines for winning a special award at an international robotics competition in Washington DC in 2017, most of the members of the all-girls Afghan robotics team have safely fled the country after the Taliban took control.

Nine members of the robotics team, made up of girls and women as young as 14 years old, are currently in Doha after being evacuated last week, while another five members landed safely in Mexico on Aug. 24.

Haydarpour said that the team had moved to Kabul in order to continue competing but had to move again after the Taliban’s takeover.

This March, the team had started to work on an open-source, low-cost ventilator to help with the coronavirus pandemic in the country.

From 1996 to 2001, when the Taliban ruled over Afghanistan, girls were banned from schools and women were banned from work, and there are concerns that the Taliban will roll back two decades of gains women and ethnic minorities have made while US troops were in the country, AP reported.

“I wasn’t in that time, twenty years ago, but my parents said that they didn’t let [girls] go to schools, they didn’t have freedom,” Sumaya Faruqi, another member of the Afghan robotics team, told Reuters.

“In that time, they were all raised in their homes and doing the homes’ work, so I hope that this time it won’t be like that time, and I hope that they can continue their education and they have the freedom that Islam say for them,” Faruqi added.