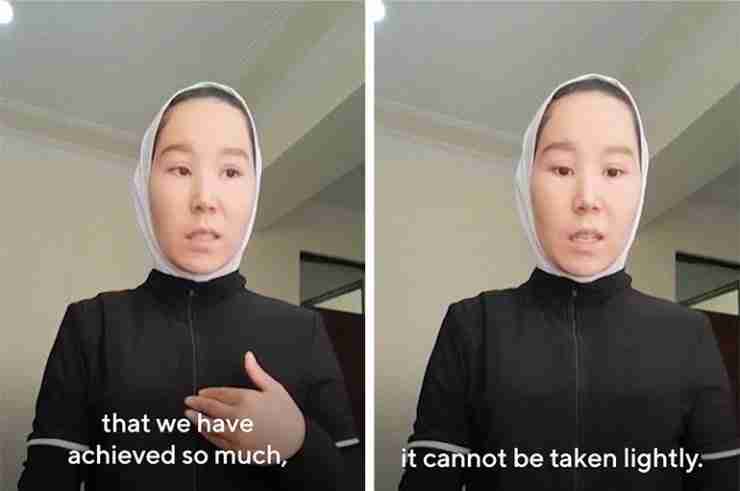 Afghan taekwondo athlete Zakia Khudadadi was set to become the country’s first-ever woman competitor in the Paralympic Games in Tokyo when the Taliban took over.

Khudadadi, 23, is now stuck in Kabul after the capital fell when she was traveling from her home in Herat Province to the capital to catch a flight to Tokyo on Sunday Aug. 15.

The taekwondo athlete, who was born with an arm disability, was one of two Afghan paralympians, along with track-and-field athlete Hossain Rasouli, who were set to participate in the Tokyo Paralympic Games.

But following the Taliban’s takeover, the Afghanistan Paralympic Committee announced on Monday that the country’s athletes were withdrawing the games.

On Tuesday, Reuters released a video of Khudadadi asking the international community for help.

“I request from you all, that I am an Afghan woman and as a representative of Afghan women, I ask you to help me,” she said in the video.

“The fact that we ourselves have lifted ourselves from this situation, that we have achieved so much, it cannot be taken lightly,” she said. “We have gone through a lot of hardships. I don’t want my struggle to be in vain and without any results.”

Khudadadi won the African International Parataekwondo Championship in 2016 and had received a wildcard entry into the Tokyo 2020 Paralympics. She was set to compete in the women’s K44 Under-49 kg taekwondo category.

Women’s sports were banned when the Taliban ruled the majority of the country from 1996 to 2001, and the future of women’s sports in Afghanistan remains uncertain.