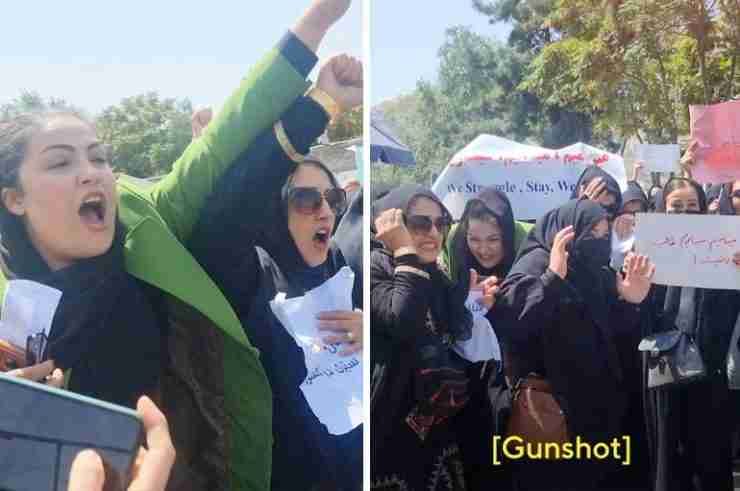 Afghan women protesters who had gathered for a rare demonstration for their rights were beaten by Taliban fighters just days before the one year anniversary of the Taliban’s takeover of the country.

About 40 women marched in front of the education ministry building in the capital Kabul on Saturday Aug. 13 for the right to education, work and political participation.

The women chanted “bread, work and freedom” and “Justice! Justice! We’re fed up with ignorance,” while other protesters carried a banner reading “15 August is a black day”.

They were dispersed by Taliban fighters who fired their guns into the air, chased and beat the women with their rifle butts, according to AFP.

Since the Taliban took power on Aug. 15 last year, it has stripped women of many of their rights.

Not only have women been ordered to cover themselves, including their faces, from head-to-toe in public, girls have been banned from going to secondary school and women cannot return to many government jobs.

Women have also been banned from traveling alone on long trips without a male guardian.

As Taliban fighters celebrated the first anniversary of its takeover, the country is also facing an economic crisis following the collapse of its economy due to foreign sanctions on the Taliban government.

“If the Taliban want to silence this voice, it’s not possible. We will protest from our homes,” Munisa Mubariz, a protester, said, according to the Guardian.