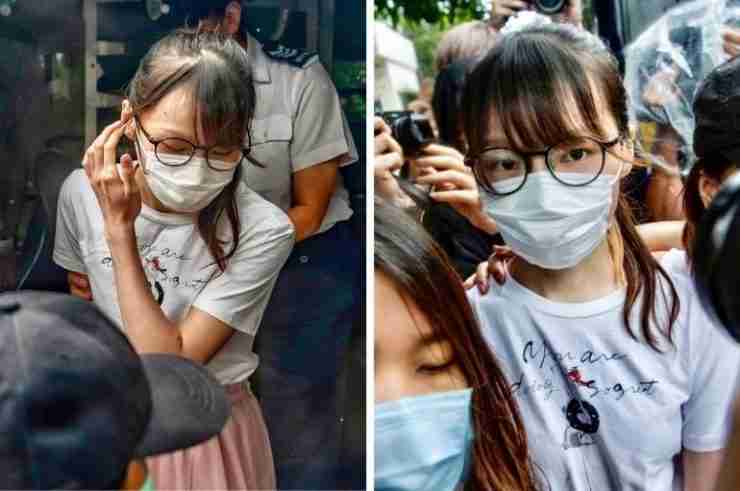 Hong Kong pro-democracy activist, Agnes Chow, has been released from prison after serving more than six months for taking part in an unauthorized protest in 2019.

Chow, who turned 24 in prison, was jailed in Nov. 2020 along with fellow prominent pro-democracy activists, Joshua Wong and Ivan Lam, for organizing and taking part in an unauthorized protest in June 2019 near the police headquarters to call for an investigation into the use of force by police.

Chow had been sentenced to 10 months, and it is not clear why she was released early. Authorities did not respond to a request for comment, Reuters reported.

Wong and Lam remain in prison.

At about 10am on Saturday Jun. 12, Chow was released from the Tai Lam women’s prison, where journalists and a small crowd of supporters had gathered.

She got out of a prison van and into a private car without making any remarks, according to Reuters.

“The painful half year and 20 days has finally ended. Thank you to all the friends who braved the rain to come out. Now I have to rest properly and let my body recover, because my body has become much too weak during this time (forced smile),” she later wrote on Instagram.

China imposed a controversial national security law that criminalizes a broad range of acts such as sedition, secession, terrorism and collusions with foreign forces in June last year.

Since then, authorities have arrested activists, journalists and politicians under the law and disqualified four pro-democracy lawmakers, leading all of Hong Kong’s pro-democracy lawmakers to resign en masse. Pro-Beijing delegates are now the overwhelming majority in Hong Kong’s legislative council and media outlets are now almost completely dominated by pro-Beijing business groups, the Guardian reported.