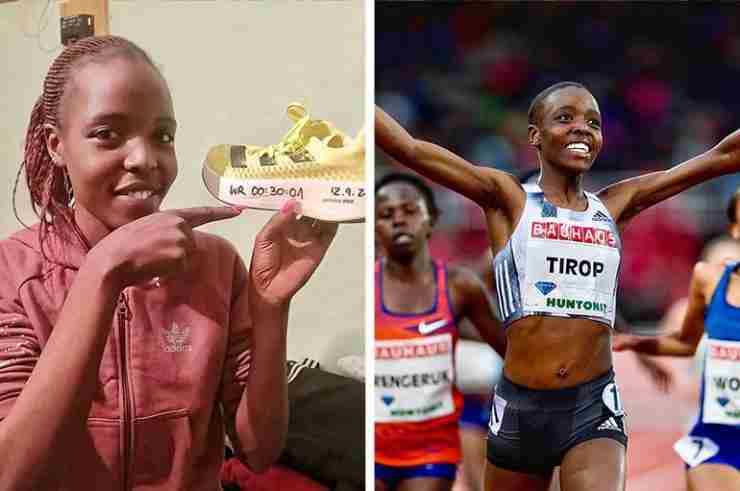 Kenyan runner Agnes Tirop, the world record holder for the women-only 10 km road race, has been found dead in her home in Iten.

The 25-year-old was found dead with multiple stab wounds to her neck and stomach on Wednesday Oct. 13 after her father reported her as missing.

Police said they are treating her husband, who is missing, as a suspect.

“We received a message from the family of Tirop’s husband that the husband had phoned the parents while crying and asking that God forgive him as there is something bad he had done,” local police told NTV Kenya Television, Reuters reported.

Her car was found with its windscreen and windows smashed outside her home, police said, according to AP.

Just last month, Tirop broke the 10km road race world record in Germany, finishing in 30:01 and shaving off 28 seconds from the previous record set in 2002.

She had presented Kenya at the over 5,000m event at the Tokyo Olympics earlier in the year and placed fourth.

“It is unsettling, utterly unfortunate and very sad that we’ve lost a young and promising athlete who, at a young age of 25 years, had brought our country so much glory,” Kenya’s president Uhuru Kenyatta said.

“It is even more painful that Agnes, a Kenyan hero by all measures, painfully lost her young life through a criminal act perpetrated by selfish and cowardly people,” he added.

He called on law enforcement to track down the criminals responsible for her death.

“Kenya has lost a jewel who was one of the fastest-rising athletics giants on the international stage, thanks to her eye-catching performances on the track,” Athletics Kenya said.