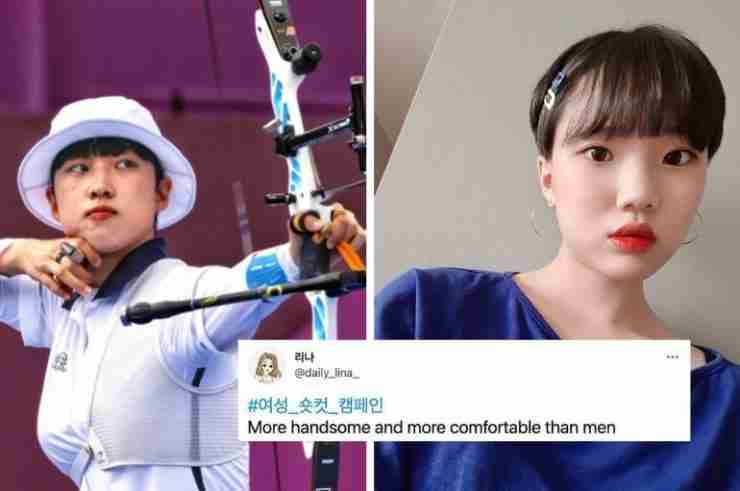 Women in South Korea are sharing photos of their short haircuts in support of South Korean archer An San, who became the target of online harassment in her country for her short hair at the Tokyo Olympics.

An has made historical achievements at the Tokyo Olympics, winning three gold medals and setting a new Olympic record for scoring 680 points in the women’s individual event.

In a now-deleted viral post in a male-dominated forum, shared after her second medal win, An was labeled as a “feminist” – a term considered to be radical and that many associated with hatred of men in South Korea.

Users then flooded An’s social media accounts, as well as those of the Korean Archery Association, demanding she be stripped of her Olympic titles and issue an apology for her choice of hairstyle.

An hit back with a post on her Instagram story, writing “While you’re sending messages in your room driven by your inferiority complex, I’m winning two gold medals at the Olympics” and went on to win another medal.

She has received widespread support from politicians and the public alike.

Women in South Korea started sharing photos of them with short hair with the hashtag #여성_숏컷_캠페인, which translates to women_shortcut_campaign, to show their solidarity, on the Korean Archery Association’s social media to drown out the sexist posts.

“An San’s pride is our pride,” South Korean president Moon Jae-In said in a statement on social media. “Behind a person’s great accomplishments is continuous training and loneliness. Sometimes, we have to overcome expectations and discrimination.”