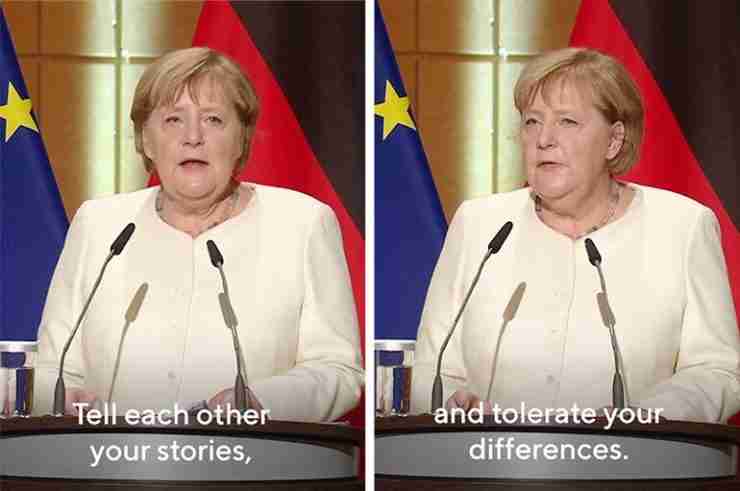 Angela Merkel has stepped down as Germany’s chancellor after 16 years.

On Wednesday, Dec. 8, Olaf Scholz, her vice-chancellor and finance minister, formally took over from Merkel, who became the country’s first woman chancellor in 2005.

In 2018, Merkel, 67, decided not to run for re-election in 2021, becoming the first chancellor of modern Germany to leave office rather than be voted out by lawmakers or the public, according to the New York Times.

She leaves office as Germany’s most popular politician.

During her 16 years, she “became an icon of hope for refugees and an object of scorn for populists the world over,” according to the New York Times.

“What is my country?” Merkel said in a speech on the country’s 31st anniversary of reunification on Oct. 3. “A country in which we ‘shape the future together,’ as the motto of this year’s German Unity Day says. A country where people are formed by the changes they have experienced. A country which sees the fact that people sometimes have to change or start again as something that gives us strength and faith together.”

“Be open to encounters, be curious about one another, tell each other your stories, and tolerate your differences. This is the lesson from 31 years of German unity. We need to respect our varying biographies and experiences and democracy,” she said, receiving a standing ovation.

On Wednesday, she again received a long-standing ovation in the Bundestag lower house of parliament, where Scholz was then voted in with Germany’s first gender-balanced cabinet of eight women and eight men.

“If I stand before you today, I feel above all gratefulness and humility,” Merkel said at her farewell ceremony on Dec. 2. “The 16 years as chancellor were eventful and often challenging years. They challenged me politically and personally, and at the same time they always fulfilled me.”

“Now it is up to the next government to find answers to the challenges that lie ahead and shape our future. For that I wish you, dear Olaf Scholz and the government you will lead, all the best and a lucky hand and much success,” she said.