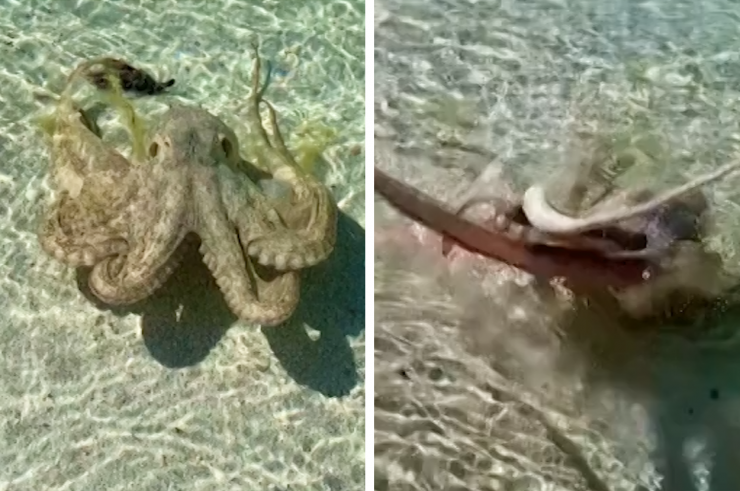 Lance Karlson, a 34-year-old geologist and author, was going for a swim at Geographe Bay in Dunsborough, southwestern Australia, when he saw what looked like the tail of a stingray emerge from the water and striking a seagull.

When he walked closer with his two-year-old daughter, he discovered that it was actually an octopus. He started recording a video of the octopus when it suddenly lurched towards him.

“Oh golly,” he can be heard saying in the video, which has now been viewed more than 200,000 times on Instagram.

Karlson returned to the beach and set up a tent for his family before heading for a solo swim to explore a collection of crab shells.

That was when he felt the octopus attack him again, whipping him across his arm and again on his neck and down his upper back. “My goggles became fogged, the water was suddenly murky and I remember being shocked and confused,” Karlson told Reuters.

He raced back to shore, and as there was no vinegar available, poured Coca-Cola over the raised tentacle imprints on his body, which stopped the stinging almost immediately, he told the New York Times.

“[Octopuses] are beautiful creatures and I really hope this provokes more interest in octopuses as opposed to fear of them. I think this is a fascinating creature with clearly some very strong emotions just like we do as humans,” he told CNN.