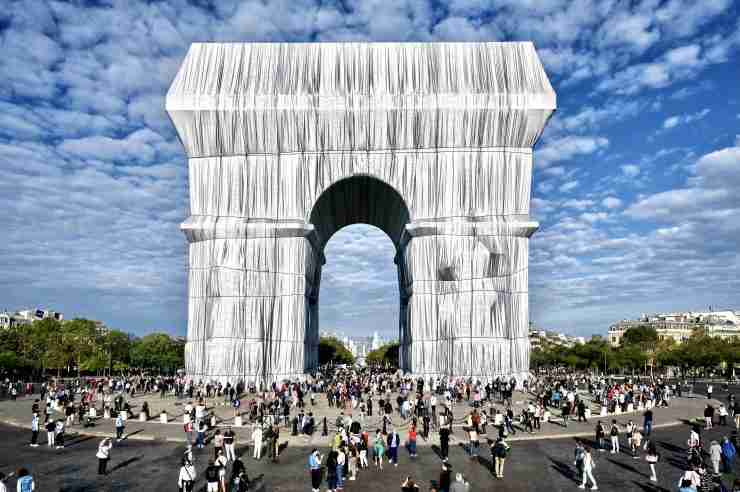 Paris’ iconic Arc de Triomphe has been wrapped up as part of a large-scale installation created by the late artists, Christo and Jeanne-Claude.

“L’Arc de Triomphe, Wrapped” was officially completed and opened to the public on Saturday Sep. 18 and will run through Oct 3.

As part of the installation, the large Charles de Gaulle Plaza junction around the monument was temporarily pedestrianized, allowing people to see the installation and touch it freely.

The artists had said previously that the materials used will move in the wind and reflect light to evoke “a living object” so that people will want to touch it.

Visitors can also view the installation from the Arc de Triomphe terrace, which remains open inside.

Christo and Jeanne Claude first came up with the idea of wrapping the landmark when they lived near the Arc de Triomphe in the 1960s, AFP reported.

During their art career, the couple had also wrapped the Pont Neuf, the oldest bridge in Paris, in 1985 and the Reichstag building in Germany in 1995.

Jeanne-Claude died in 2009 and Christo passed away at home in New York in May last year before the completion of the “Arc de Triomphe Wrapped.”

The magnificent installation was therefore completed by his team with the Centre des Monuments Nationaux, Centre Pompidou and the City of Paris.