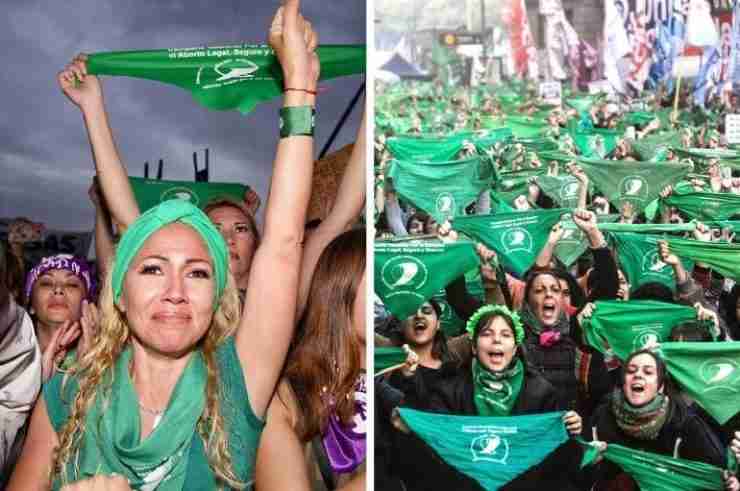 Argentina’s president Alberto Fernández has finally presented a draft bill to legalize abortion to Congress after saying he would do so in March.

Presenting the bill was part of Fernández’s campaign pledge but had been delayed due to the coronavirus pandemic.

Abortion is only allowed in Argentina when a woman is raped or if there is a risk to a woman’s health. Many women are forced to seek clandestine abortions, which is one of the leading causes of maternal deaths in Argentina, the Guardian reported.

In August 2018, Argentina’s government narrowly rejected a bill that would have legalized abortion. Last year, an 11-year-old girl who was raped by her grandmother’s boyfriend was denied an abortion and forced to deliver a baby via C-section, sparking outrage in the country.

Health officials had stalled the girl’s requests for almost five weeks and gave her drugs that accelerated the development of the fetus. Congress will now vote on the new bill, and if passed, it will go to the Senate for another vote before it is signed by the President.

If the bill passes, it will make Argentina the most populous Latin American country to legalize elective abortion, allowing for abortions in the first 14 weeks of pregnancy.