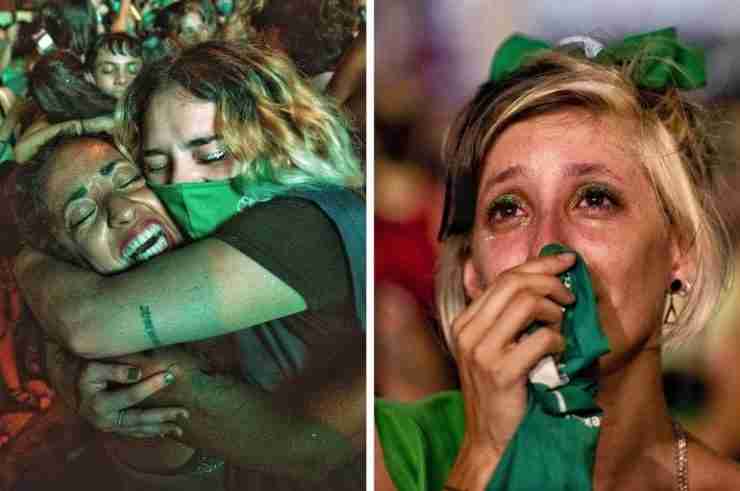 In a historic moment, Argentina’s senate voted to legalize abortion on Wednesday Dec. 30, making the majority Catholic country the largest Latin American nation to allow for abortions in the first 14 weeks of pregnancy.

The bill passed with 38 to 29 votes and one abstention after hours of debate.

The news, which came around 4am local time, was met with tears of joy and celebrations from pro-choice activists – who had campaigned for years for this moment – gathered outside the Palace of Congress in Buenos Aires to await the decision.

Abortion was previously only allowed in Argentina when a woman is raped or if there is a risk to a woman’s health. Many women are forced to seek clandestine abortions, which is one of the leading causes of maternal deaths in Argentina, the Guardian reported.

In August 2018, the senate narrowly rejected a bill that would have legalized abortion. Argentina’s president Alberto Fernández, who presented the bill as part of his campaign pledge, has promised to sign the bill into law and make it legal for women to get abortions for any reason up to 14 weeks of pregnancy.

After 14 weeks, exceptions will be made for rape and risk to the woman’s health. The procedure will be free of charge in public hospitals.

The landmark vote is likely to reverberate around Latin America, where only three other countries – Uruguay, Cuba and Guyana –have legalized abortion.