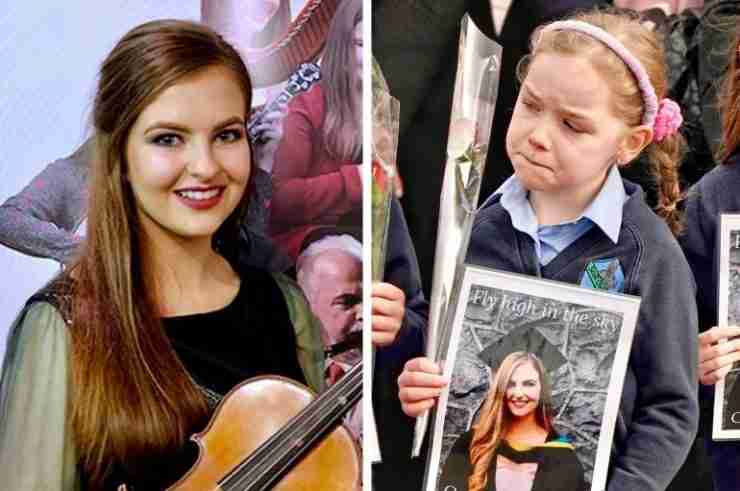 Ashling Murphy, a 23-year-old first-grade teacher in Ireland, was attacked and strangled in broad daylight when she was jogging along a canal in Tullamore, County Offaly on Jan. 12.

Murphy, who had just received her teaching qualification earlier last year, died after she sustained serious injuries from the violent attack that occurred around 4pm on the popular Grand Canal walkway.

Two women jogging on the opposite bank had seen the attack and ran to the nearest house to call the police, according to the Irish Examiner.

Police said they believed that Murphy had fought back with her keys to try to save her life.

Jozef Puska, a 31-year-old man, has been arrested in connection with her murder.

Ashling’s case sent waves of shock and anger throughout Ireland, reigniting concerns about the safety of women.

Just last year, the murders of Sarah Everard and Sabina Nessa, two young women in the UK, fueled public anger and demands for reform and better protections for women.

“It’s not about being in the wrong place at the wrong time,” Professor Mary McAuliffe, the director of gender studies at University College Dublin told the New York Times. “As a woman you are just coming home from work, going out, living your life, and every moment can be your last.”

Vigils were held in Murphy’s memory across Ireland, and thousands of people, including Ireland’s president, prime minister and justice minister, attended her funeral in her home village of Mountbolus on Jan. 18.

The seven-year-old boys and girls from the class she taught lined the street, holding red roses and photos of Murphy at her graduation ceremony with the words “fly high in the sky, our shining light”.

Schools and colleges across Ireland observed a minute’s silence at 11am in her memory.

“The past few days have been a nightmare. A walk on a mild and sunny afternoon in January should be a happy event, promising the brighter and warmer days of spring and summer,” the Bishop said at her funeral. “That, as we know, was not the case. A depraved act of violence which deprived a kind, talented, loved and admired young woman of her life has since united the country in grief and support.”

Ireland’s justice minister, Helen McEntee, said that she would push for new laws to ban gender-based hatred and increase funding for women’s shelters and other measures to protect women against violence.

“To prevent violence and abuse against women, we must eradicate the social and cultural attitudes which make women feel unsafe,” she said. “We can only do so by changing our culture to ensure we are not all bystanders, that we don’t just look the other way but call out inappropriate behavior when we see it, everywhere we see it. The workplace, the dressing room, the pub, the golf club and the WhatsApp group.”