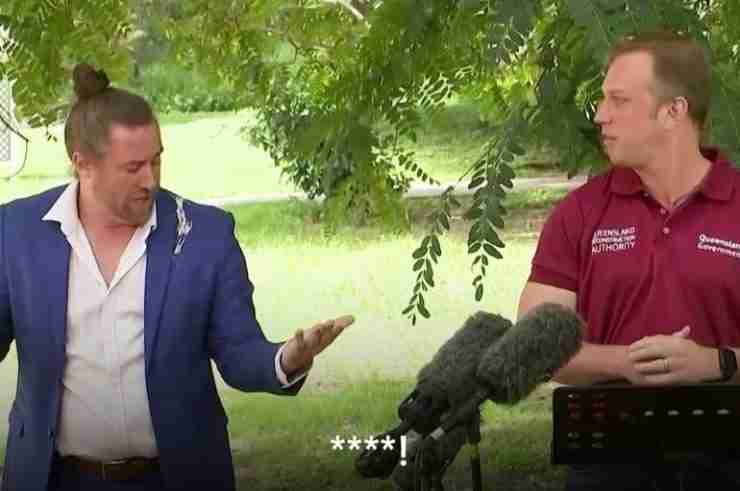 A press conference in Queensland, Australia, was interrupted when an owl pooped on the sign language interpreter.

Australian sign language (Auslan) interpreter Mike Webb had been signing for the deputy premier Steven Miles in Brisbane on Wednesday Mar. 9 when owl poop landed on his face and jacket.

As Miles was discussing flood subsidies in the state, which has been experiencing intense flooding due to a “rain bomb”, Webb suddenly swears, causing Miles to pause and turn around.

Queensland state premier Annastacia Palaszczuk can then be heard in the background saying, “Oh no. Oh Mikey,” and warning everyone to look above.

With the help of a politician who was sitting in the background, Webb then took off his jacket and wiped his face.

He apologized for disrupting the question time and jokingly said, “This is on you, mate,” before continuing the press conference unfazed.

Webb was widely praised for how he handled the incident, with Palaszczuk tweeting after the conference that “Nothing stops our fabulous Mikey” and clarifying that it was an owl that was the culprit.

This is not the first time a press conference in Australia has been interrupted by wildlife.

In December, a giant huntsman spider caused chaos when it crawled up the leg of Queensland’s health minister during a COVID-19 press conference.