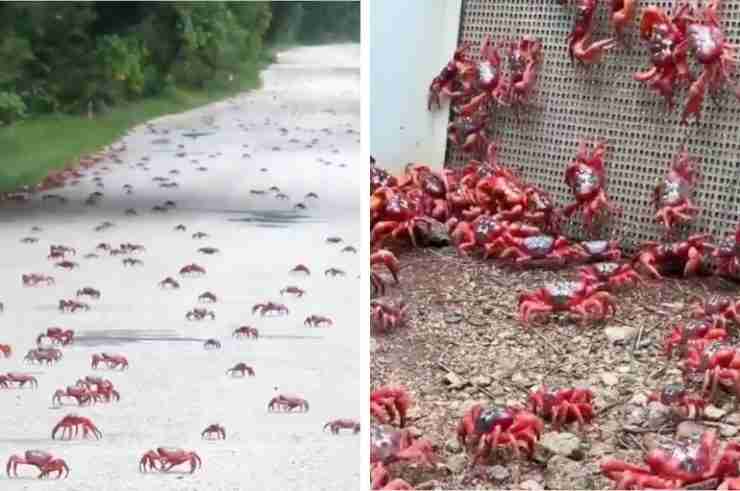 About 50 million bright red crabs have taken over Australia’s Christmas Island as they prepare for a major annual migration, trekking from the jungle toward the Indian Ocean to mate and lay their eggs.

Led by the males, the crabs march through towns, crossing roads and covering everything in their way.

Christmas Island authorities have not only built a special bridge for the crabs so they can cross the road safely but also put up special signs and closed-off roads to protect the crabs on their journey.

“The crabs are turning up everywhere,” Parks Australia tweeted, adding that staff was working to manage traffic and raking crabs off roads.

According to Parks Australia, migration is determined by the moon phase and occurs every year.

The yearly voyage usually happens between October and November but sometimes it occurs as late as December or January.

It called the mass migration “one of the most incredible natural processes on Earth.”