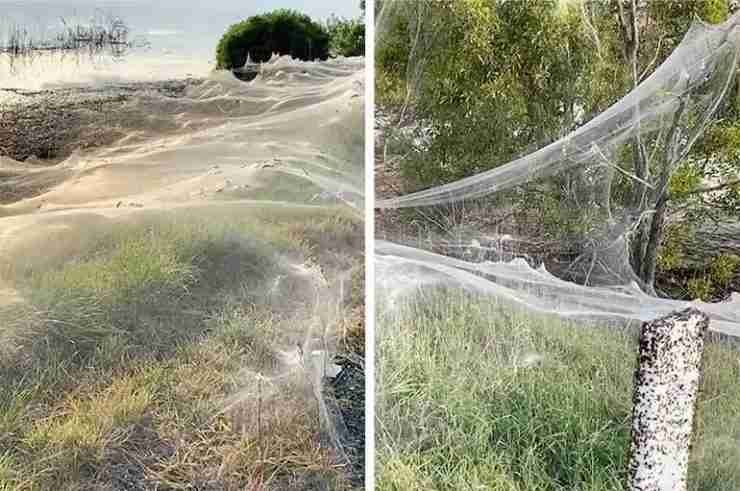 As residents were urged to evacuate from their homes, millions of spiders also moved to higher areas, covering more than a kilometer of bushland in Victoria’s Gippsland with silken gossamer webs.

Through a “ballooning” process, spiders are able to move to a higher location by releasing gossamer threads to hoist themselves and catch the wind as if they were flying.

“Ground-dwelling spiders need to get off the ground very quickly. The silk snakes up and catches onto vegetation and they can escape,” a senior insect curator from Museums Victoria told Australian outlet The Age.

Local Councillor Carolyn Crossley encountered the webs when she went for a walk after the floods to the lake to check for damage, filming and sharing a video to social media.

“It wasn’t scary – it was beautiful. Everything was just shrouded in this beautiful gossamer spider-web, all over the trees and fences,” she told the BBC.

The webs are expected to disintegrate in a few days.