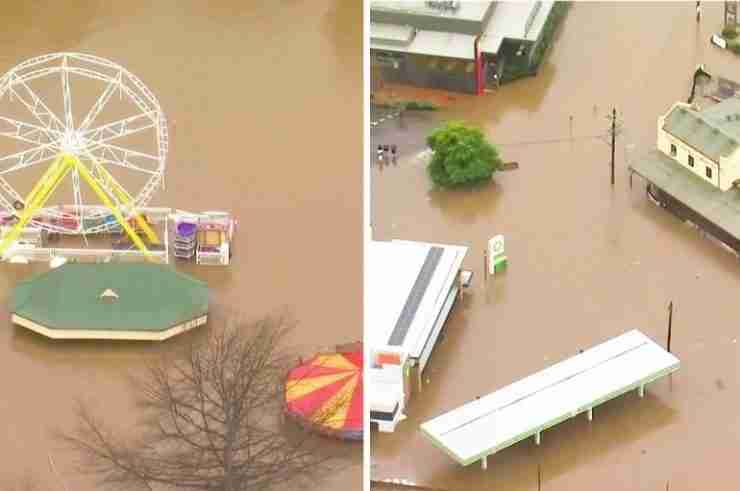 Authorities have ordered around 50,000 people in New South Wales, mostly in Sydney, to evacuate after days of rainfall have cause major flooding in Eastern Australia.

Torrential rainfall has brought almost a year’s worth of rainfall in the last three days, according to the Bureau of Meteorology.

Authorities predict the rainfall will ease starting Tuesday, but strong winds and risk of flooding will continue throughout the week.

The Greater Sydney area has given more than 100 evacuation orders, warning citizens to not stay in their homes.

“Ultimately if you stay you’re putting your life at risk,” New South Wales Premier, Dominic Perrottet, said, according to BBC.

Images and videos on social media show bridges and houses submerged in water. Rescue teams and residents have been using boats and kayaks to move around.

On Monday, the storm left a cargo ship with 21 crew members stranded off the coast of Sydney. Rescue efforts to restore the boats tow lines and power to the ship are underway.

The Insurance Council of Australia has estimated the event has caused around $4.8 billion in damage.

This isn’t the first time this year that torrential rains have affected Eastern Australia.

On February 22, the states of Queensland and New South Wales were hit by a “rain bomb” that caused unprecedented flooding, which submerged towns and killed at least 10 people.