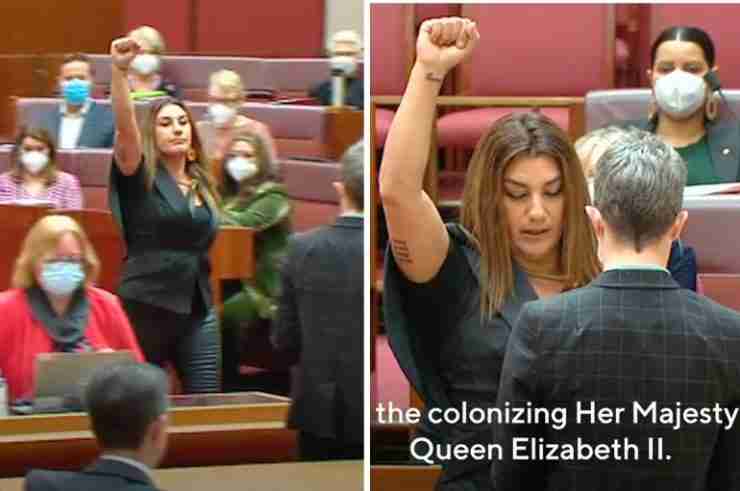 Lidia Thorpe, an Indigenous Australian member of parliament, called Queen Elizabeth a “colonizer” while being sworn into the Australian parliament as a Senator on Monday Aug. 1.

Footage of the moment showed Thorpe, who is of DjabWurrung, Gunnai and Gunditjmara descent, walking onto the Senate floor with her right first raised above her head.

She is then asked to recite the oath written on a card in front of her.

“I, sovereign Lidia Thorpe, do solemnly and sincerely affirm and declare that I will be faithful and I bear true allegiance to the colonizing Her Majesty Queen Elizabeth II,” Thorpe said.

Thorpe, who belongs to the Green party, was then told by the Senate President that she needed to recite the oath as it was written.

After redoing the oath, with her fist still above her head, Thorpe was sworn in as a Senator.

She later tweeted a photo from the ceremony with the caption “Sovereignty never ceded.”

Thorpe, the first Aboriginal senator from the state of Victoria, has been outspoken about the colonization faced by Australia’s Indigenous peoples.

She said that she had ran for parliament “to question the illegitimate occupation of the colonial system in this country,” according to the Guardian.