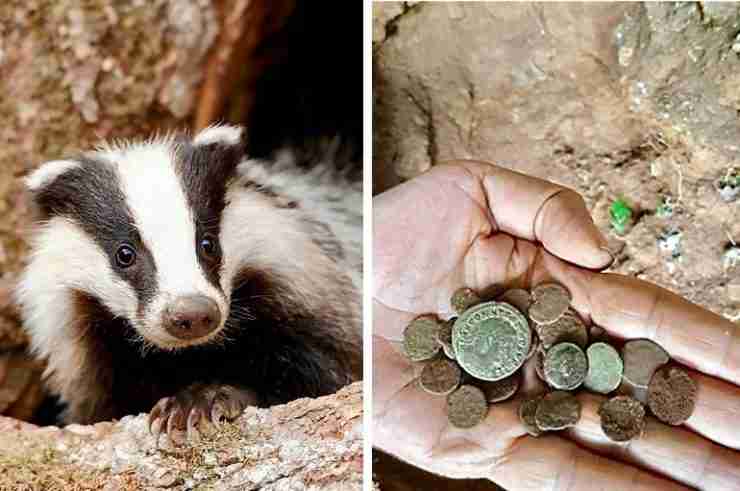 A badger, believed to have been scavenging for food to survive a blizzard, has accidentally led archaeologists to discover a treasure trove of ancient Roman coins in northwest Spain.

Archaeologists say the badger was probably searching for berries and worms to eat during record-breaking snowfall during Storm Filomena last January when it dug out the coins from a cracked rock inside the La Cuesta cave in Grados, a municipality in Asturias.

Finding no use for the treasure, it then left some pieces in front of its den, where a local resident later found them and informed archaeologist experts.

Archaeologists conducted a full-scale excavation around the site and found a total of 209 pieces of cooper and bronze coins, according to the BBC.

“I couldn’t believe it at first,” Alfonso Fanjul Peraza, the lead archaeologist, told Almost. “We checked that the hole was really from a badger and not made by someone looking for Roman artifacts. The cave looked full of them, ceramics, tools and so on.”

Archaeologists say the coins date from around the 3rd and 5th centuries A.D. and may have been hoarded by ancient Spaniards who were fleeing from the invasion of Suebi, a group of Germanic people.

Researchers say it is the largest collection of Roman coins found in northern Spain to date and have begun a second excavation.

Fanjul said it will help them to study the impact of the barbarian invasion in the region and how the Roman population lived hiding in the caves in the mountains.

“Not many places can help us to understand that difficult period of the end of the Roman history in Spain from archaeological excavations,” he said.

“We want to know if it was a one-off hiding place, or if there was a group of humans living there,” he told Spanish newspaper El País.

The coins are now under conservation and will be on display at the Archaeological Museum of Asturias.

“We have been overcome about the international attention,” Fanjul said. “We didn’t expect anything like that.”

He added that they have received help and funding to research the cave and that the exploration team has now made its mascot a badger.