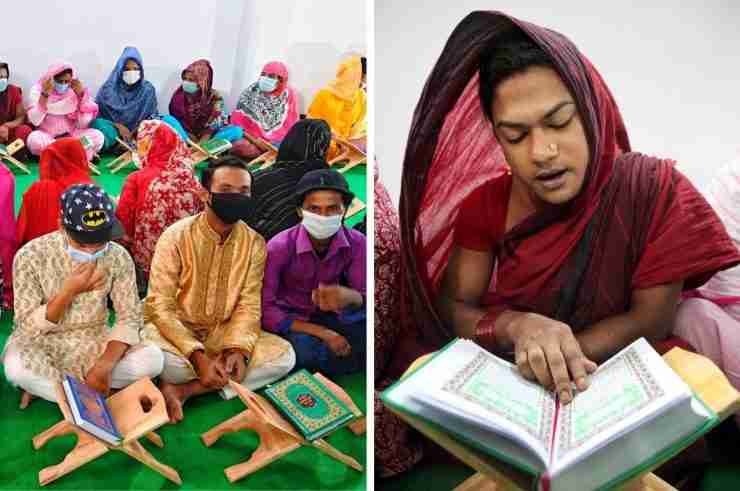 Bangladesh has opened its first school for trans people in the capital, Dhaka.

The Dawatul Koran Third Sex Madrasa, an Islamic school, is free for students and has no age limit.

The privately-funded school will teach students Islamic values and vocational subjects to help them with getting jobs.

There are more than 10,000 trans people in Bangladesh, according to government data, but estimates say there may actually be over 50,000.

Although Bangladesh recognised trans people as a third gender – known as “hijra” – in 2018, granting them the right to vote and stand for election, it is still difficult for many of them to access jobs and education due to conservative social values.

Some have to support themselves through singing and dancing performances at weddings and births, begging or through sex work in cities, the BBC reported.

“We want them not to be a burden to the society. We decided to set up this madrassa… so that they can learn the Koran and work with dignity,” a school official told BBC Bengali.

Islam is the state religion of Bangladesh, accounting for 90% of the population according to the country’s 2011 census and making Bangladesh the world’s third-largest Muslim majority nation after Indonesia and Pakistan.