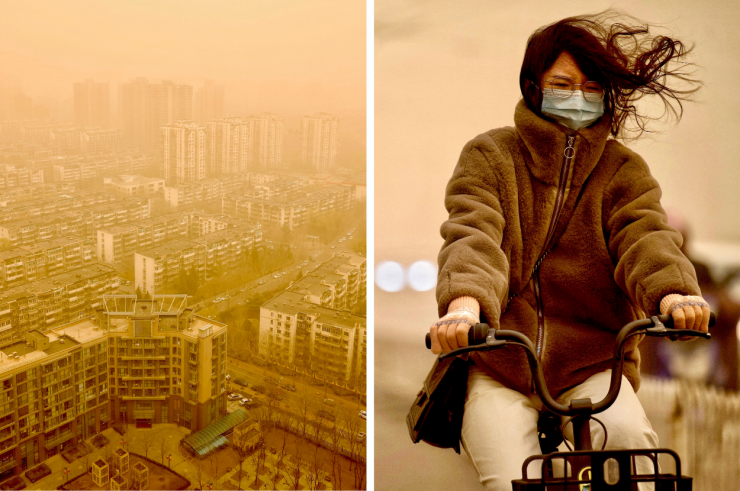 China’s capital Beijing was hit by the worst sandstorm in a decade on Monday Mar. 15 that swept across northern China, leaving the city covered in an orange haze.

The storm caused a spike in air pollution measurements, exceeding hazardous levels, according to the World Air Quality Index.

The sand was brought by strong winds from Mongolia, where there were six deaths and 81 people missing. Authorities ordered its residents to stay home, while hundreds of flights were grounded and schools were closed in some cities.

While sandstorms are not uncommon in Beijing and surrounding regions, the areas have been suffering from high levels of pollution in recent weeks.