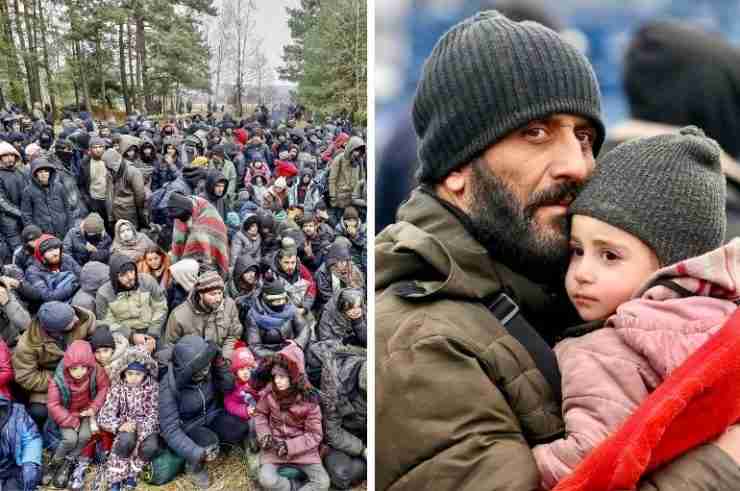 Thousands of migrants are trapped at the border between Belarus and Poland in freezing temperatures after Belarus reportedly lured them to the border on the promise that they would be able to cross into the European Union.

The crisis began after the EU imposed sanctions on Belarus after the long-time authoritarian president Alexander Lukashenko ordered a fighter jetin May to “hijack” a passenger plane carrying prominent opposition journalist Roman Protasevich and force it to land in Minsk, where authorities then arrested Protasevich.

In recent months, Lukashenko has taken in thousands of migrants, mostly from the Middle East, who are hoping to enter the EU through Belarus.

The EU said Belarusian authorities then “lured” and pushed these migrants to its border with the EU countries of Poland, Lithuania and Lativa, according to NPR.

Some migrants say authorities forced them to cross, giving them “wire cutters to breach fences, helped tear down barriers and prevented them from returning to the cities,” the New York Times reported.

An estimated 4,000 migrants are now trapped at a makeshift camp along the Bruzgi-Kuznica crossing, with Polish troops on one side and Belarusian guards on the other.

Multiple people have died battling the freezing temperatures, with little food and water, in the nearby forest.

On Tuesday Nov. 16, the crisis erupted when Polish forces used tear gas and water cannons on the migrants to try to repeal them from crossing into the country.

Lukanshenko’s government has repeatedly denied orchestrating the migrant crisis to hit back on the sanctions and to destabilize the EU, and instead blames the West for pushing the migrants back.

Poland, with the EU’s backing, has warned the border crisis may go on for months as it does not have plans to let the migrants in, according to the BBC.

The EU is now planning additional sanctions against Belarus in response to the crisis.

On Wednesday, the tension seemed to be easing slightly, as Belarus said it had moved about 1,000 migrants in the camps to a temporary shelter nearby.

Outgoing German Chancellor Angela Merkel has also spoken to Lukashenko several times this week in an attempt to defuse the situation, making her the first EU or NATO leader to make direct contact with him in over a year.

Merkel’s office said that she had stressed the need to let the UN provide aid to the stranded migrants.

However, the migrants’ fate remains unclear.