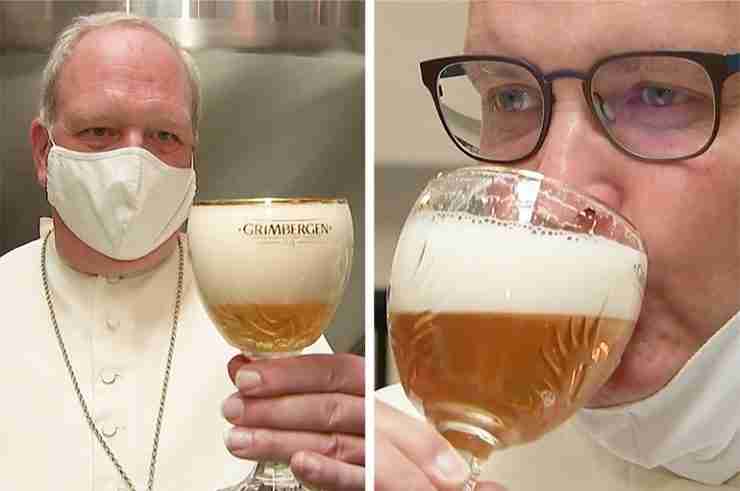 An order of priests monks at Grimbergen Abbey in Belgium, where the Grimbergen beers were first brewed by monks, are starting to brew beer again after a 220 year hiatus.

The monks recently delved into the abbey’s archives to find the original ingredients and brewing methods dating back to the 12th century, which were thought to be lost when the abbey was burned down by French revolutionaries in 1798.

A new microbrewery has been built on the same spot as the original, and the monks are producing the abbey’s first ales in more than two centuries.

Karel Stautemas, an abbey sub-prior, said that beer-making was a “second life” for Belgian abbeys, and that the 15 Norbertine canons at Grimbergen were ecstatic about their return to beer-making.

While religion was the abbey’s core business during the 12th century, brewing beer was a necessary part of life as water in the Middle Ages wasn’t drinkable and beer and bread also served as a form of payment for employees at the abbey, Grimbergen Abbey Sub-prior Karel Satutemas told Reuters.

The new microbrewery will combine their 900-year tradition of beer making with modern techniques and innovation.

The monks will also release three new Grimbergen beers to celebrate their return to brewing beer inside the Abbey. The profits will be used for the upkeep of the Abbey and other charitable causes.