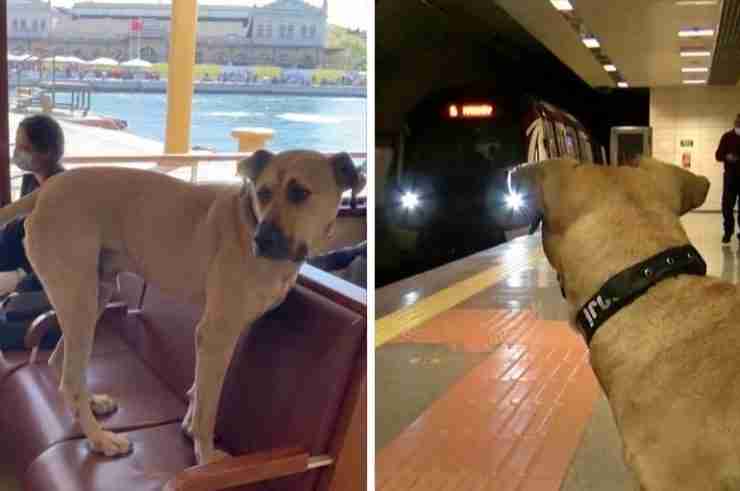 Boji, a dog in Istanbul, Turkey, takes public transport on his own every day and travels around the city, where many subway passengers are used to his presence.

According to the Turkish news agency Hürriyet Daily News, Boji can travel 29 stops a day, even from Europe to Asia, and the route spans at least 30 kilometers. Besides the subway, Boji also takes trams and ferries to travel around Istanbul.

Not only is Boji well-traveled, he is also regarded as a polite passenger since he always waits until people alighted the train before walking in himself.

As more and more people paid attention to Boji, local animal protection agencies also became concerned about his safety; Therefore, at the end of August, he was brought back for inspection, and had chips and a tracking device implanted to learn his whereabouts in real time.

Based on the data provided by the tracking equipment, Boji most frequently takes the tram T1 line and the subway T4 line.

Boji now has his own Twitter account, which records many of Boji’s journeys, and many passengers enjoy meeting him on their daily commute.

He has undoubtedly become a local – and now global – superstar welcomed and loved by many.