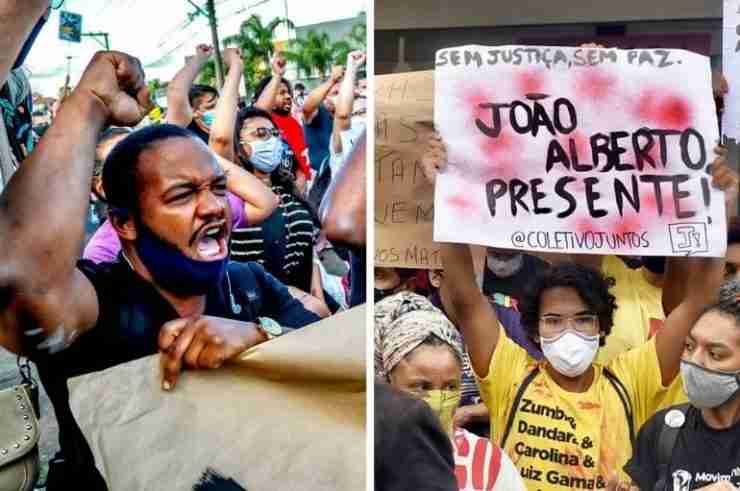 Protests have broken out in Brazil demanding justice for a black man who died after he was beaten by white supermarket security guards on the eve of Black Consciousness Day.

Videos online showed a security guard punching 40-year-old João Alberto Silveira Freitas in the face and head and kneeling on him while another security guard restrained him.

Preliminary investigations show that Freitas, 40, was beaten for more than five minutes before he died from asphyxiation, France 24 reported.

The incident occurred on Friday Nov. 20 outside a Carrefour supermarket in Porto Alegre in southern Brazil and led to protests across the country.

Demonstrators stormed a Carrefour in Brazil’s capital, Brasilia, and demanded justice. Police said the two guards have been detained and are being investigated for homicide.

Carrefour’s global CEO condemned the racist act, and the Brazilian subsidiary of Carrefour said that it is taking steps to ensure legal punishment for those responsible and that it would end its contract with the firm that provided the security guard at the store, according to Reuters.

The United Nations has called for an independent investigation into the incident that it said exemplified “structural racism.”

Black and mixed-race people make up about 57 percent of Brazil’s population, according to the Brazilian Forum on Public Safety, a non-governmental organization, the Guardian reported.