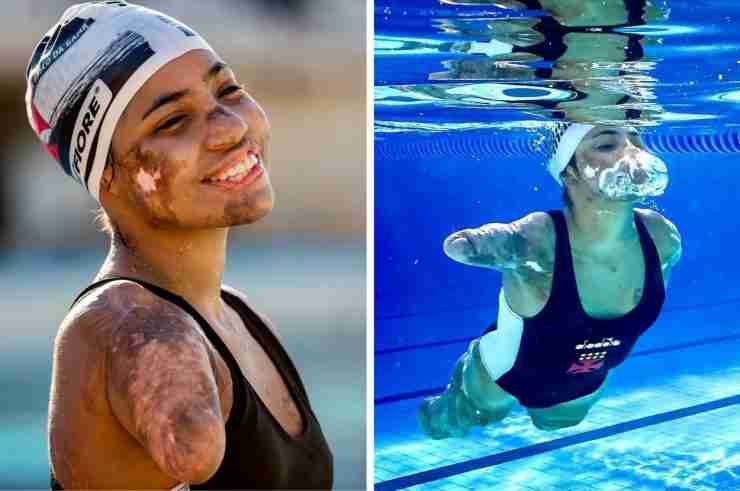 Meet Jessica Oliveira, a Brazilian para-athlete swimmer who is also known as “Jessyborg, The Robot Girl”.

When she was only 10 years, she suffered from meningococcal meningitis, which resulted in the loss of all her four limbs, her hearing and parts of her skin.

Despite being a tetra amputee and oral deaf, the 16 year old trains at Vasco da Gama Club in Rio de Janeiro with the hope of representing her country at the Paralympics Games.

Now, alongside her training to achieve her biggest dream, she also gives motivational talks and has recently released her own book, “Desista de Desistir,” which means “Give Up Giving Up” in English.