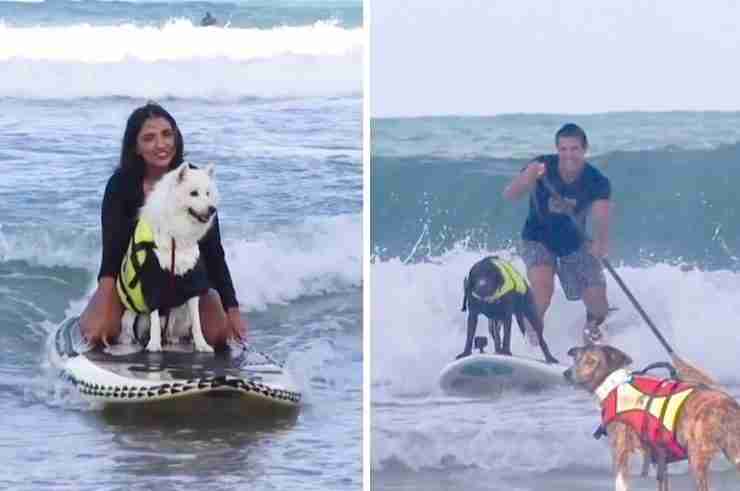 Dozens of dogs competed with their humans in a Surf Dog Festival in the coastal city of Natal in Brazil on Nov. 27, 2021.

Dogs rode the waves with their humans behind them on a paddle board, with beginner dogs also wearing life jackets to ensure they were safe in the water.

The dogs and their humans had a great time surfing at the festival.

“The first time Bono got on the board he wagged his tail and started barking. His happiness on the board started gaining other people’s attention. My dog had such a good time on the board,” the human of Bono, Ivan Moreira, told Reuters.

The first prize went to Parafina and her human, Augusto Cesar.

“I’m really excited, I’m very grateful for being here and having won this title,” Cesar said. Parafina and Cesar have perviously won Silver and Bronze at the World Championships.

“Once more we have proven that it is possible to have humans and pets interacting on the beach and dog surfing is a good sport,” event organizers said.