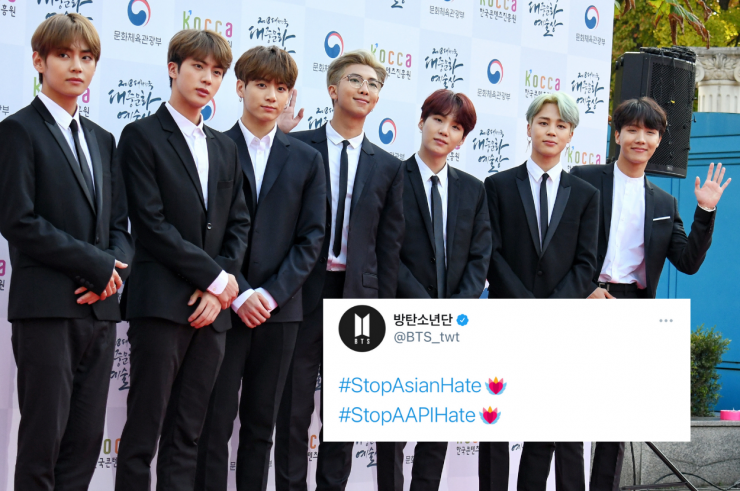 Global superstar K-pop group BTS have condemned the recent waves of anti-Asian racism and violence occurring in the United States and shared their own experiences of racism as Asians with a letter on Twitter using #StopAsianHate and #StopAAPIHate.

“We send our deepest condolences to those who have lost their loved ones. We feel grief and anger,” they said. “We have endured expletives without reason and were mocked for the way we look. We were even asked why Asians spoke in English,” the band said.

The group said their own experiences are “inconsequential” in comparison to the recent events but that the racism they faced slowly deteriorated their self-esteem and made them feel powerless.

In the Twitter post, which was shared in both Korean and English, the group expressed how they carefully discussed and thought about how they should voice their message to their fans and the rest of the world, before ending the letter with a powerful call to action.

“What is happening right now cannot be dissociated from our identity as Asians,” they said, “But what our voice must convey is clear. We stand against racial discrimination. We condemn violence. You, I and we all have the right to be respected. We will stand together.”

Last year, in the wake of George Floyd’s murder and the protests that followed in the United States, BTS made a $1 million donation to Black Lives Matter, which was matched a few days later by their fan base, ARMY.