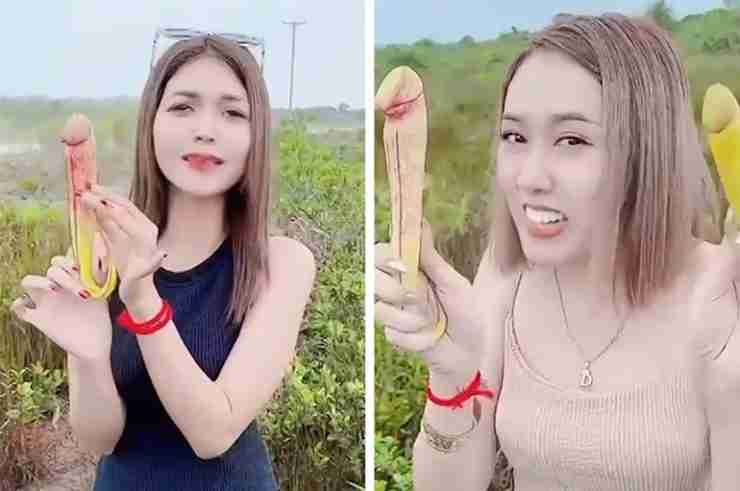 The Cambodian government has asked people to stop playing around with a local penis-like plant, which is at risk of extinction.

The Ministry of Environment released a statement on Facebook on May. 11 urging people to protect the endangered plant after a video of three woman playing with the phallic-looking plant in Bokor Mountain went viral.

In the video, three women are seen plucking the plant from the ground and holding them up to the camera as they make various jokes about their sizes and shapes.

“What they are doing is wrong and please don’t do it again in the future! Thank you for loving natural resources, but don’t pick them, or they will be die!” the statement read.

The Nepenthes holdenii is a tropical pitcher plant, dubbed the ‘penis-plant’ for it’s resemblance to the phallic object, commonly found in western Cambodia.

This is not the first time the plant has gone viral.

In recent years, more and more locals and tourists have been plucking the flower to show off on social media.