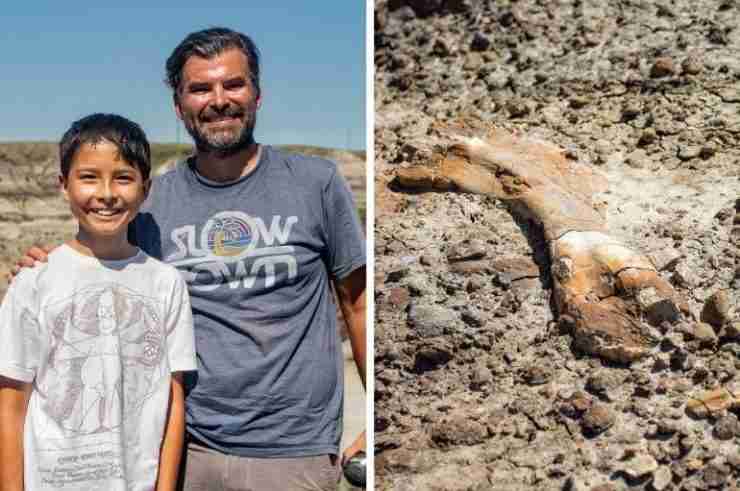 Nathan Hrushkin, a 12-year-old boy, was out hiking with his dad in the Albertan Badlands in Alberta, Canada, in July when he spotted bones protruding from a rock that turned out to be a dinosaur skeleton which dates back 69 million years.

“I wasn’t even excited, when though I know I should have [been],” he told the BBC, “I was in so much shock that I had actually found a dinosaur discovery.”

Hrushkin has been interested in dinosaurs since he was six and often goes hiking in the Nature Conservancy of Canada’s protected site, which is home to many fossils, the BBC reported.

As Hrushkin and his father had been hiking in an area that isn’t known for fossil discoveries, they reported the finding to the Royal Tyrrell Museum, which focuses on the study of prehistoric life.

Due to his discovery, the museum’s team of experts have since found between 30 and 50 bones in the canyon’s wall, all belonging to a young Hadrosaur estimated to be aged around three or four.

According to the museum, this dinosaur is scientifically significant as records from that time period are extremely rare, meaning any discovery can help in the knowledge of dinosaur evolution.

The skeleton’s excavation was completed on October 15.

The Badlands are home to many fossils, and a dinosaur named the Albertosaurus was discovered by Joseph Tyrell in the late 1800s, according to the BBC.