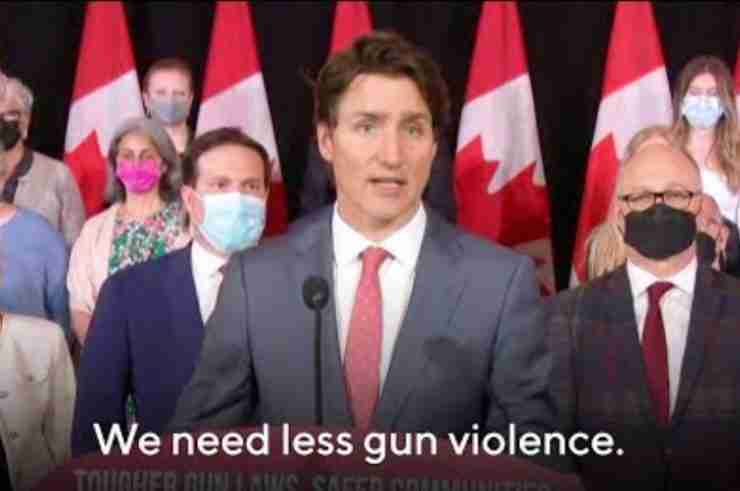 Canadian Prime Minister Justin Trudeau has announced a bill that would place a national freeze on handgun ownership across Canada.

If passed, the legislation would not stop people from owning handguns completely but would make it illegal to buy, sell, transport and import handguns.

“As we see gun violence continue to rise, it is our duty to keep taking action,” Trudeau said. “The fewer guns in our community, and safer everyone will be.“

The announcement comes in the wake of high-profile mass shootings in the US in Uvalde, Texas, and Buffalo, New York.

The bill would also require permanently altering long gun magazines so they can never hold more than five rounds.

“These are actions that doctors, experts and chiefs of police have been calling for, for years, and we’re acting on their advice,” Trudeau said.

Only people who are elite sport shooters and those with authorization to carry guns such as security guards would be exempt from the restrictions, CBC reported. Handgun owners will be able to keep their firearms.

Domestic violence or criminal harassment perpetrators will have their firearm licenses taken away, and the bill will also increase penalties for smuggling and trafficking firearms, according to CBC.

A “red flag” law would require people who are considered a danger to themselves or others to surrender their firearms to the police.

The new bill will effectively limit the number of legally-owned handguns in Canada.

In April 2020, Canada introduced a ban on military-style assault weapons 12 days after the worst mass shooting in the country’s history that left 22 people dead.