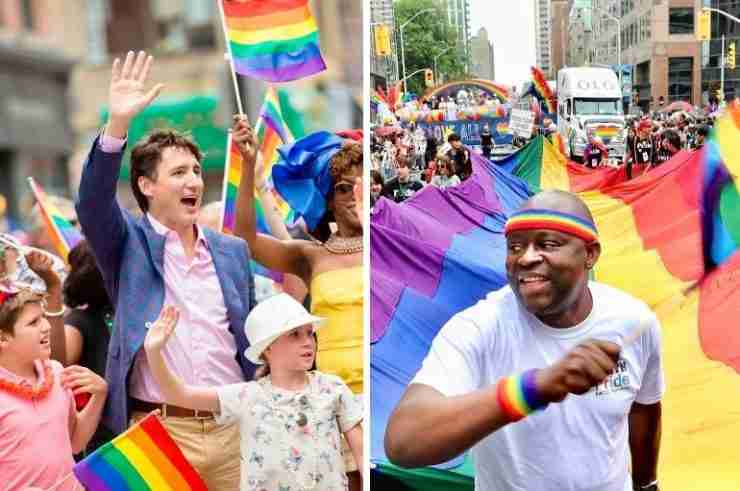 Canada has banned conversion therapy, a widely discredited practice that claims to be able to change a person’s sexual orientation or gender identity.

The new law went into effect on Friday Jan. 7 and makes is illegal to provide, promote or profit off conversion therapy.

The law defines conversion therapy as “any practice, treatment or service designed to change or repress a person’s sexual orientation, gender identity or gender expression,” according to NPR.

So-called conversion therapy relies on the assumption that sexual orientation or gender identity can be changed or “cured.”

Some of these techniques include talk and behavioral therapy and medical treatments.

Conversion therapy has been discredited by medical associations, the United Nations, the World Health Organization and other rights groups, which say the practice causes harm to its victims.

Under the new law, anyone who forces someone – adult or minor, with or without consent – to undergo conversion therapy, takes a minor abroad to take part, profits from, promotes or advertises the practice could face up to five years in prison.

“It’s official: Our government’s legislation banning the despicable and degrading practice of conversion therapy has received Royal Assent – meaning it is now law,” Prime Minister Justin Trudeau tweeted in December, when lawmakers unanimously voted in favor of the bill.

“LGBTQ2 Canadians, we’ll always stand up for you and your rights,” he added.

“LGBTQ2” is an acronym the Canadian government uses to include Two-Spirit, “a culturally-specific identity used by some Indigenous people to indicate a person whose gender, spiritual identity and/or sexual orientation comprises both male and female spirits,” according to the government website.

Canada joins the list of dozens of nations which have banned the practice, as a push to outlaw the practice worldwide gains momentum.