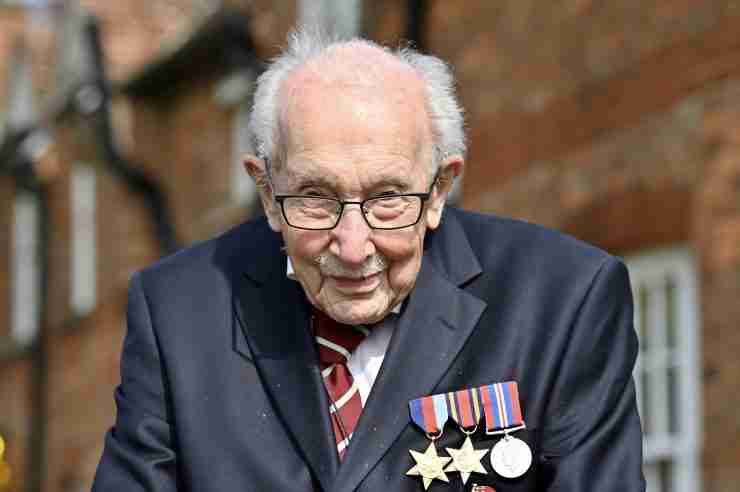 Captain Tom Moore, the 100-year-old British veteran who raised almost £33 million for health workers in the UK, has died from COVID-19.

Moore was hospitalized on Monday Feb. 1 after testing positive for COVID-19, according to a statement his daughter shared on his Twitter.

Moore gained worldwide attention in April 2020 when he walked 100 laps of his garden to raise money for Britain’s National Health Service. He ended up raising £32.8 million pounds, or $40 million.

In July 2020, he was knighted by the Queen. In December, he went to Barbados on a family holiday after British Airways paid for his flight, the BBC reported.

Moore had not yet received the COVID-19 vaccine before he was admitted to hospital for difficulty breathing as he was on medication for pneumonia, according to the tweet.

“It is with great sadness that we announce the death of our dear father, Captain Sir Tom Moore,” his daughters Hannah Ingram-Moore and Lucy Teixeira, said in a statement on Tuesday, the BBC reported.

“The last year of our father’s life was nothing short of remarkable. He was rejuvenated and experienced things he’d only ever dreamed of. Whilst he’d been in so many hearts for just a short time, he was an incredible father and grandfather, and he will stay alive in our hearts forever,” the statement said.