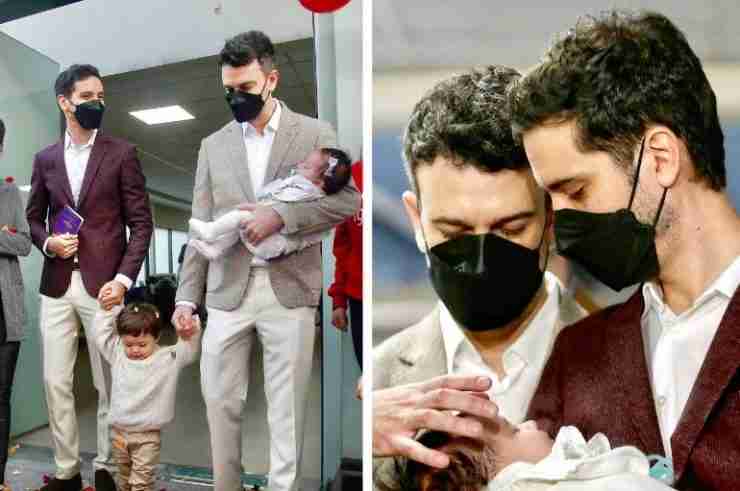 Javier Silva and Jaime Nazar have become the first same-sex couple to tie the knot in Chile after a law legalizing same-sex marriage went into effect on Thursday Mar. 10.

The couple, who had a civil union for the past three years, have been together for seven years and have two children.

“Being the first couple to get married in Chile for us is an honor, something to be proud of,” Silva told reporters after the civil ceremony in Santiago, Reuters reported. “We did it! It’s something we didn’t think could happen.”

“Now our children have the same rights (as other families) and they will be able to have, we hope, a better future, that they will not be discriminated against for having two parents who love each other,” Silva added.

With 82 votes in favor, 20 against and two abstentions, lawmakers on Dec. 7 overwhelmingly voted for the law.

The law had been first presented in 2017 by then-president Michelle Bachelet, now the United Nations’ High Commissioner for Human Rights, but was stalled in Congress until the current right-wing, conservative president Sebastian Piñera surprised his allies by voicing his support.

The country approved same-sex civil unions in 2015, but the new law provides same-sex couples equal benefits as heterosexual couples, such as the right to adopt children.

“My congratulations to Jaime and Javier for being the first couple to marry under the new #EqualMarriage law. To continue advancing for a Chile with equal rights and freedoms for all people,” he tweeted.

“I think we’re putting ourselves at the level the rest of the world is living in, which is great,” Nazar said. “I know our society is very conservative, but I also know we have a promising future as a country.”