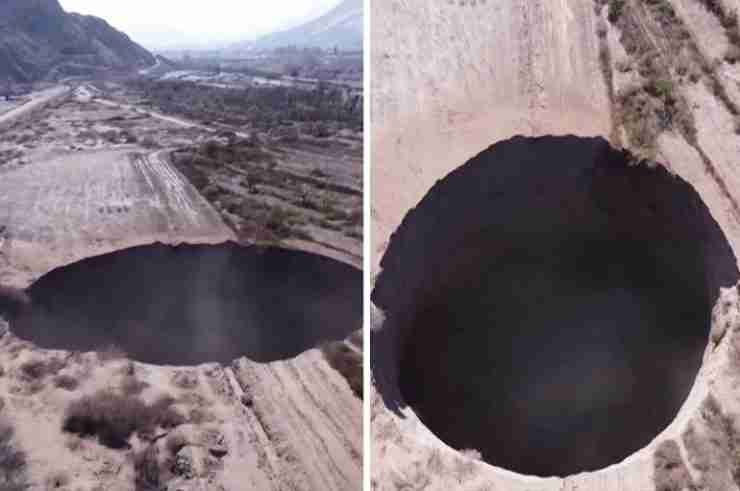 Chilean authorities are investigating a giant sinkhole that has mysteriously appeared in a mining area in Tierra Amarilla, northern Chile.

Aerial images showed a 25 meter-long hole that had appeared on land operated by Canada’s Lundin Mining company at 4:30pm local time on Saturday.

Authorities immediately set a perimeter around the hole.

In less than 24 hours, the sink hole grew to 32 meters-long and had a depth of at least 200 meters, according to the National Geology and Mining Service of Chile (Sernageomin).

The mining company has not reported any damages to personnel or infrastructure.

“The closest home is more than 600 meters (1,969 feet) away while any populated area or public service are almost a kilometer away from the affected zone,” Lundin Mining said, according to the Guardian.

Sernageomin has deployed personnel to determine the cause of the sinkhole – whether it was due to natural causes or related to mining activity around the area.

“We are concerned, since it is a fear that we have always had as a community, the fact of being surrounded by mining deposits and underground works under our community,” the mayor of Tierra Amarilla, Cristóbal Zúñiga, said according to Reuters.

Other sinkholes have appeared in Chile, but this is one of the biggest in recent times.