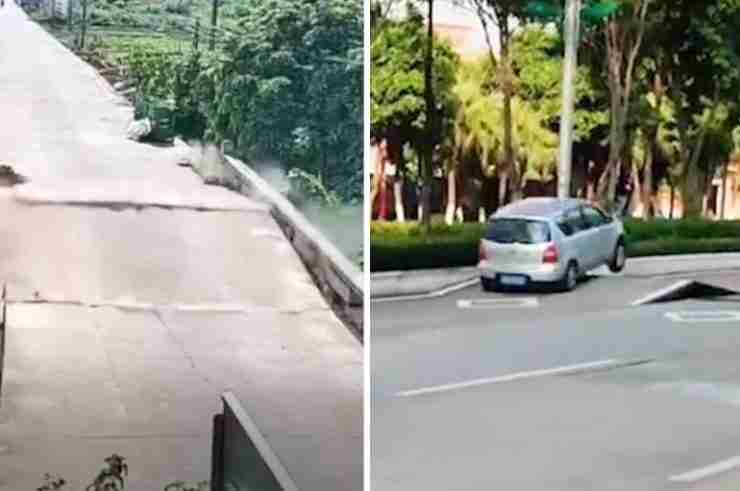 A bridge in Nan’an, in China’s Fujian province, suddenly burst in half on Saturday July 23 due to the extreme heatwave sweeping the country.

In a video, the cement pavement can be seen suddenly bursting, sending smoke and dust into the air.

Authorities said the incidents were caused by high temperatures that caused the cement to expand where it was joined, according to Sina News.

A day later, a section of a road swelled and bulged in another province, Guangdong, due to high temperatures, sending cars flying off the road.

Widespread persistent high temperature have been recorded in many places across China, breaking records for July, according to People’s Daily Online.

Temperatures remain at 35 to 40˚C in many cities, according to the People’s Daily Online.