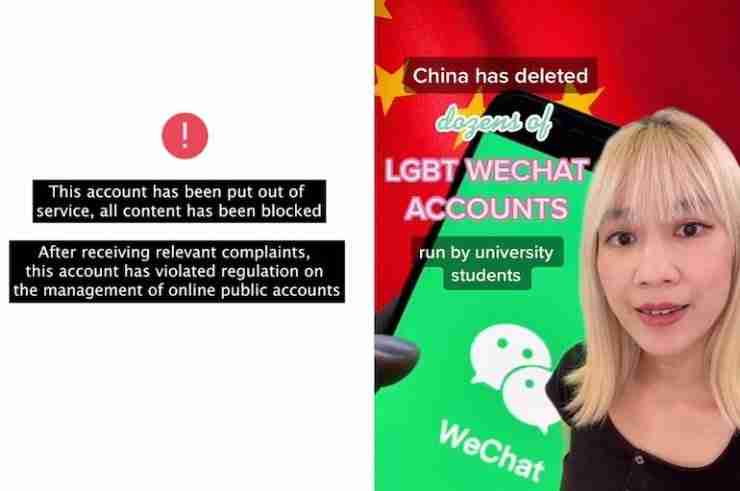 Dozens of LGBT WeChat accounts run by university students have been blocked and deleted off the Chinese social media platform.

The students told Reuters they couldn’t access their accounts late Tuesday Jul. 6, and later found all their content had been deleted without warning.

The accounts ranged from student clubs to grassroots groups with tens of thousands of followers.

An error message said the accounts were blocked after WeChat received “relevant complaints” and they had “violated regulations”.

The shutdowns sparked outrage among the LGBT community, who say safe spaces for them are shrinking in China.

Although China decriminalized homosexuality in 1997, the LGBT community still faces discrimination in the country.