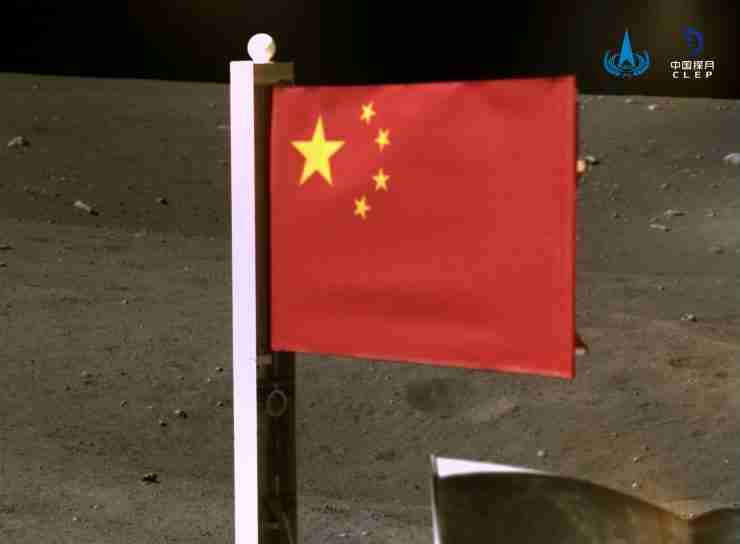 China has become the second nation in the world to plant its flag on the moon after its Chang’e 5 unmanned robotic spacecraft landed on the moon on Tuesday Dec. 1.

After the spacecraft landed in a region of the moon known as Mons Rümker, it set about drilling and collecting the first samples of the moon in the more than four decades since the USA first planted its flag on the moon in 1969. China’s National Space Administration released photos and videos of the landing on Wednesday, including a photo of the country’s flag, standing static on the moon’s windless surface.

It was taken by a camera on the probe before the spacecraft departed to return to Earth on Thursday. According to China’s official Xinhua News Agency, the capsule carrying the lunar samples has successfully docked with a spacecraft orbiting the moon on Sunday morning.

It is programmed to land in Inner Mongolia, according to NASA. This is China’s third successful landing on the moon in seven years, but it was the first time it planted a flag on the surface as the previous missions only consisted of flags painted on the spacecraft.

The flag weighs about 1 kilogram (2 lb) and measures about 2 meters (6 ft) wide and 90 cm (35 inches) tall and has been designed especially to protect against cold temperatures on the moon, China’s Global Times reported.