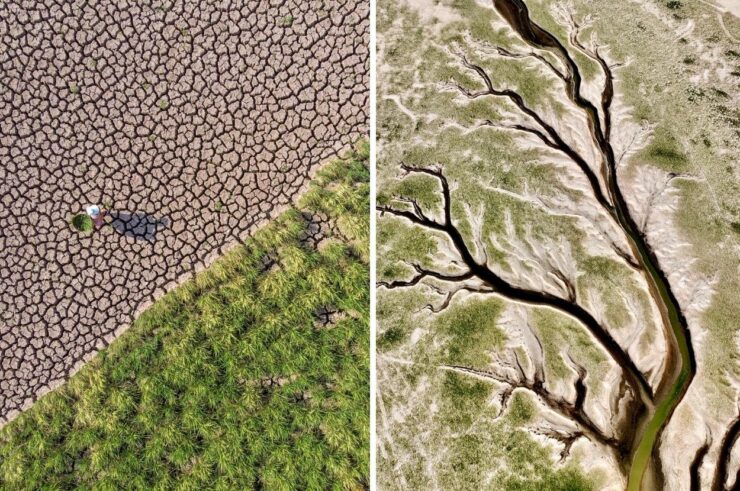 An unprecedented heatwave in China has caused a crippling drought across half of the country, drying up rivers, wilting crops and sparking forest fires.

The current heatwave in the south of China has lasted more than 70 days, surpassing the previous record of 62 days in 2013, according to the Washington Post.

In Jiangxi Province, Poyang Lake, the country’s largest freshwater body, has shrunk by about 75%, according to local authorities, the BBC reported.

The plunging water level has exposed a stunning tree-shaped formation on the lake bed.

Meanwhile, while the low water levels of the Yangtze River – the world’s third largest river – near the city of Chongqing have revealed previously submerged Buddhist statues that are believed to be 600 years old, according to state media Xinhua.

In Ezhou, Hubei Province, the Guanyin Pavilion, a 700-year-old structure on the Yangtze River, has reappeared in full due to low water levels.

The drought has also wrecked havoc on hydropower systems, particularly in regions like Sichuan, which gets more than 80% of its energy from hydropower, according to the Guardian.

At least 2.46 million people have been affected by the drought, with high temperatures in July causing 2.74 billion yuan (US$398 million) in direct economic losses, officials said, the Guardian reported.