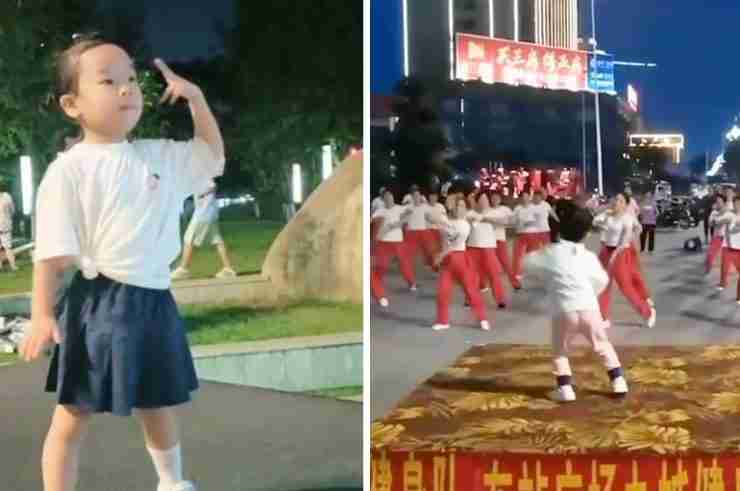 Recently, videos of a five-year-old girl leading adults dancing in a town square in Changde, Hunan, has gone viral on Chinese social media.

In the video, the child is seen dancing on a stage, leading a large group of women over several different songs.

The unnamed girl’s father, whose last name is Lei, told Hunan Television that she had seen the dance in kindergarten and learned how to do it herself, according to Newsflare.

He said that since she was dancing so well, the people dancing decided to let her lead the dance.

In another viral video on China’s TikTok, Douyin, what appears to be the same girl is seen standing by the side of the stage, following an adult instructor and dancing along, according to Sohu.

People are loving her.

“Her little butt wiggling. It’s melting my heart, so cute!”

“Much better than me.”

“Her memories from her previous life has not been completely erased, right?”

“Now I want to have another baby girl.”

In China, square dancing is a rhythmic dance residents take part in in open spaces such as squares for fitness purposes. The participants are mostly middle-aged and elderly people.