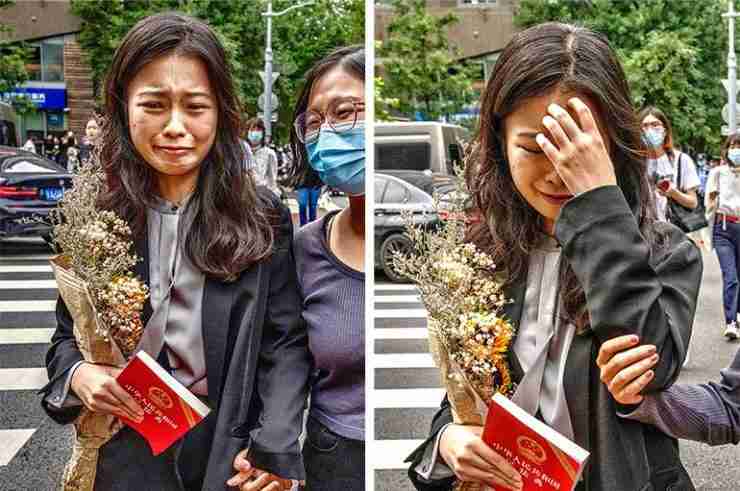 A court in China has rejected a historic #MeToo case brought forward by Zhou Xiaoxuan, a 28-year-old screenwriter, who said she was sexually harassed by a famous TV presenter when she was an intern.

Zhou, who is known in China by her nickname Xianzi, said in a social media post in 2018 that Zhu Jun, a now 57-year-old host at CCTV, groped and forcibly kissed her in a dressing room in 2014 when she was a 21-year-old intern.

Her post went viral on social media, and she quickly became the face of the #MeToo movement in China.

“It’s important for every girl to speak up and say what she has suffered,” Zhou wrote in her post. “We need to make sure society knows that these massacres exist.”

Zhu denied the allegations and sued her for defamation. She countersued him, demanding a public apology and 50,000 yuan ($7,600) in damages.

On Tuesday Sep. 14, the Haidian District court in Beijing rejected Zhou’s case, saying that she had provided “insufficient evidence” to prove the allegation that Zhu had engaged in sexual harassment.

Speaking outside the court following the verdict, Zhou – holding a bouquet of flowers and a copy of China’s civil code – said that she would appeal the decision.

“Even if this case does not achieve a final judicial victory in the end, it is already a victory for many people to be able to see victims of gender-based violence like myself,” Zhou said when she arrived at the hearing in December last year.

“If, through this case, we are able to push the law forward and help victims in the future to be able to receive support when they go to court, that is already a sort of victory in itself,” she added.