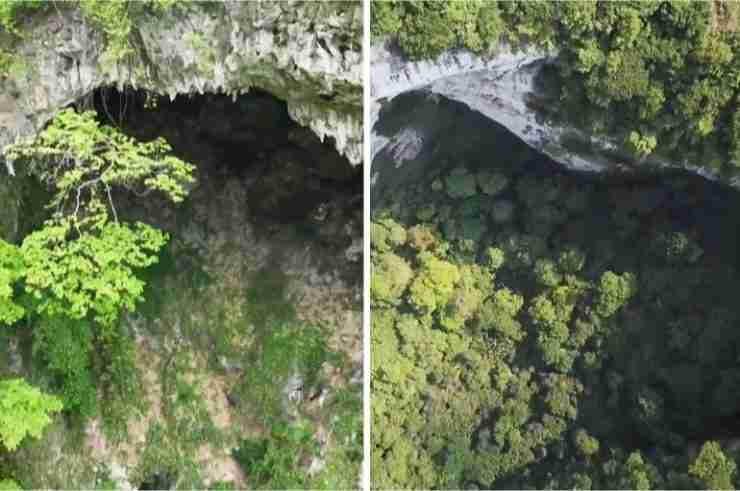 Scientist have found an ancient forest inside a sinkhole in China which may contain unknown plants and animals.

Cave explorers stumbled upon the undisturbed forest while researching an undiscovered sinkhole in Leye County, Guangxi province, on May 6.

The large opening of the pit allowed enough sunlight for the forest to thrive despite the deepness.

Local news agency Xinhua reported that researchers hiked several hours to get at the bottom of the pit to find a primitive forest with trees up to 40 meters tall.

“I wouldn’t be surprised to know that there are species found in these caves that have never been reported or described by science until now,” The expedition leader said, according to the Guardian.

This is the 30th sinkhole found in the area, and with measurements of 192 meters deep, it is the largest, as well as a rare one.

South Chinas’s Guangxi region is considered a UNESCO World Heritage site for its unique sinkholes, karst – an area of land made up of limestone – and landscape.