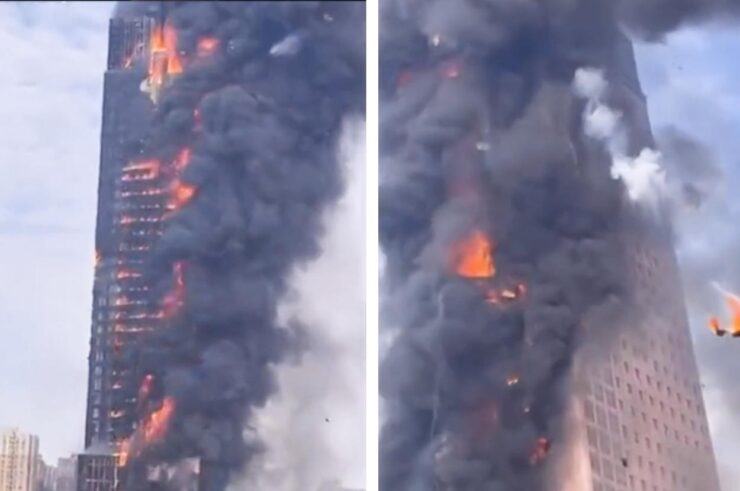 A massive fire broke out at a skyscraper in Changsha, a southern central city in China’s Hunan province, on Friday Sep. 16.

Images and videos showing the 42 floor high No. 2 Communications Tower engulfed in flames and billowing smoke have gone viral on social media.

In a statement on Chinese social media platform Weibo, the local fire department said they were first notified of the fire at 3:48PM local time.

36 fire engines and 280 firefighters were then dispatched to the fight the blaze.

Chinese state broadcaster CCTV reported the fire had been put out by 4:20PM with no known causalities.

Completed in 2000, the 218 meter (715 ft) high rise is home to the offices of the state-owned telecommunications company China Telecom.

The cause of the fire remains unknown.

Accidental fires are not infrequent in China.

Unauthorized construction and poor building code oversight was common prior to President Xi Jinping’s anti-corruption crackdown in 2012, as reported by CNBC.