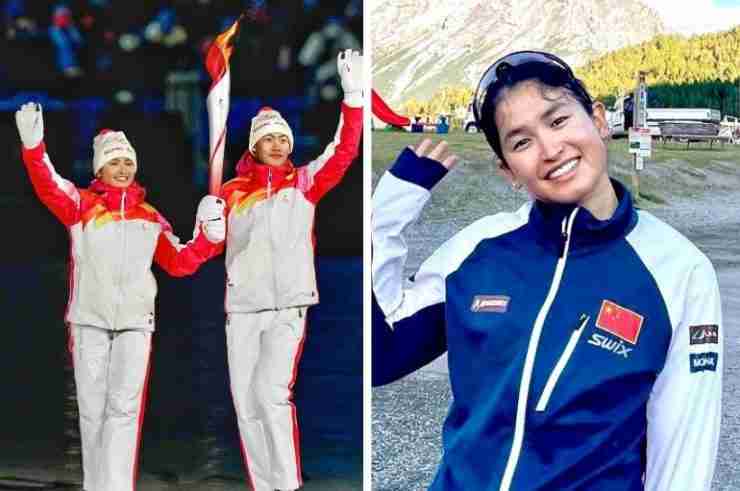 The opening ceremony of the 2022 Winter Olympics kicked off on Friday, Feb. 4 in Beijing, China, filled with bold political undertones.

During the final moments of the ceremony, 20-year-old athletes Dinigeer Yilamujiang, a Uyghur cross-country skier from Xinjang, carried the Olympic torch hand-in-hand with Zhao Jiawen, a Chinese Nordic combined skier, and lit the Dinigeer Yilamujiang.

At the 2008 Olympic Games in Beijing, China had picked a three-time gold medalist, gymnast Li Ning, to light the cauldron, and choosing Yilamujiang to mark the beginning of the 2022 Games is seen as a direct and provocative nod to one of the harshest criticisms against the host country.

Human rights group have called it an “oppressive system of mass surveillance, detention, indoctrination, and even forced sterilization,” according to the BBC.

The country’s human rights record – its treatment of Uyghur Muslims to its threats towards Taiwan and its democratic suppression in Hong Kong – led several Western countries, including the US, UK and Canada, to diplomatically boycott of the Games in April.

Just hours prior to the start of the Games, China’s president Xi Jinping also announced a new alliance with Russian President Vladimir Putin, sending a clear statement to the West.

The day after the opening ceremony, Yilamujiang competed and placed 43rd out of 65 women in cross-country skiing.

After the race, Yilamujiang and the three other athletes from China competing in the event disappeared and did not show up in the mixed zone, “a mazelike area where athletes are typically required to walk past reporters,” according to the Washington Post.

Chinese and foreign journalists were left waiting for them for more than an hour in “frigid temperatures”, the Wall Street Journal reported, before venue managers told reporters that they couldn’t find Yilamujiang and asked them to leave.

“I know well how belligerent and arrogant the Chinese government has become in the past couple of years, and I’m still surprised by its brazenness,” Yaqiu Wang, a senior China reporter at Human Rights Watch told the Washington Post. “Having a Uyghur light the torch is a middle finger to the rest of the world, as if saying: ‘Hey, I don’t care what you say about me. I do whatever I want.’”

Wang said that it was a symbol of China trying to show the world that Uyghurs are happy and had enrolled in “vocational schools” rather than being forced into mass internment camps.

“This government is not just committing crimes against humanity, but also flaunting it,” Wang said. “Everyone should be offended and outraged.”