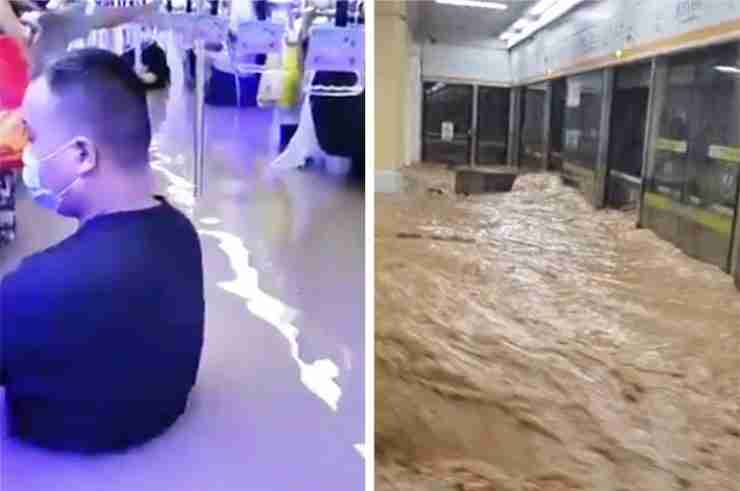 12 people were killed when their metro train was hit by the rapidly rising floodwaters on Tuesday July 20, SCMP reported.

Officials said more than 500 people were rescued from the metro tunnels in Henan province.

Several dams broke warning levels, and public transport in most parts of the region have been suspended.

Authorities said the rain “smashed historical records”, with Zhengzhou receiving the equivalent of a year’s average rainfall in just three days, according to the BBC.

Officials warned that parts of the region would continue to see “severe or extremely severe storms”.

Chinese President Xi Jinping said on Wednesday that the flood control situation was “very severe” and ordered authorities to prioritize the safety of people’s lives and properties, according to Chinese state news agency Xinhua.