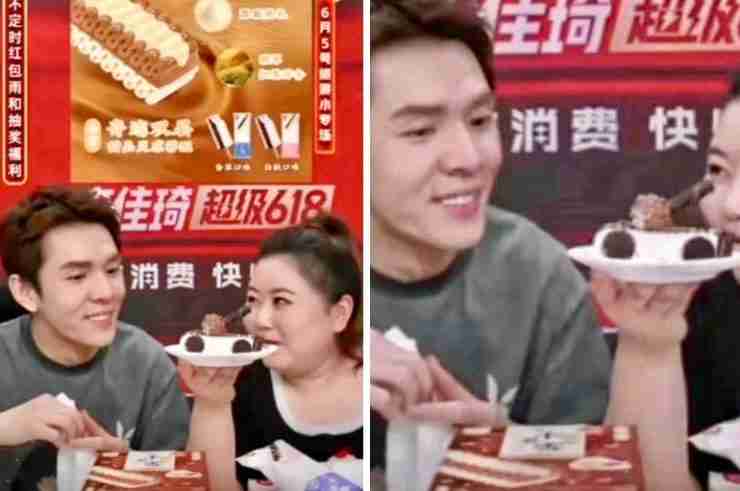 Young people in China are inadvertently learning about the Tiananmen Square Massacre after an influencer’s live stream was cut off after it showed a tank-shaped ice cream.

Li Jiaqi, commonly known as “Lipstick King”, was promoting Unilever’s ice cream brand, Vienetta, when his livestream suddenly ended on Friday June 3, a day before the anniversary of the Tiananmen Square Massacre.

Before the livestream went offline, Li’s co-host had presented him with an ice cream sculpture, which had round cookies on the side and chocolate stick on top.

Viewers noted that the ice cream resembled a military tank.

The famous image of a man staring down military tanks during the Tiananmen Square Massacre has led Chinese authorities to take down images of military tanks around the anniversary of the event, which is highly censored in China.

“What could possibly be the wrong thing to say selling snacks?” a young Weibo user wrote, according to the Wall Street Journal.

In an effort to obtain answers about the abrupt ending of the livestream, curious fans began investigating the highly censored incident in 1989, when government troops opened fire and killed thousands of student-led pro-democracy demonstrators.

They started sharing governmental information about the massacre, which in China is depicted as an event that killed many soldiers instead.

Weibo users had complained their accounts had been frozen after posting Tiananmen Square information.

Li Jiaqi and Unilever’s Beijing office have decline to comment about the incident.

Other users suspected Li Jiaqi’s livestream had been cut off because of tax evasion.

The Chinese government has banned people in the mainland to discuss the 1989 incident, where government troops fired upon and killed thousands of pro-democracy student protestors.