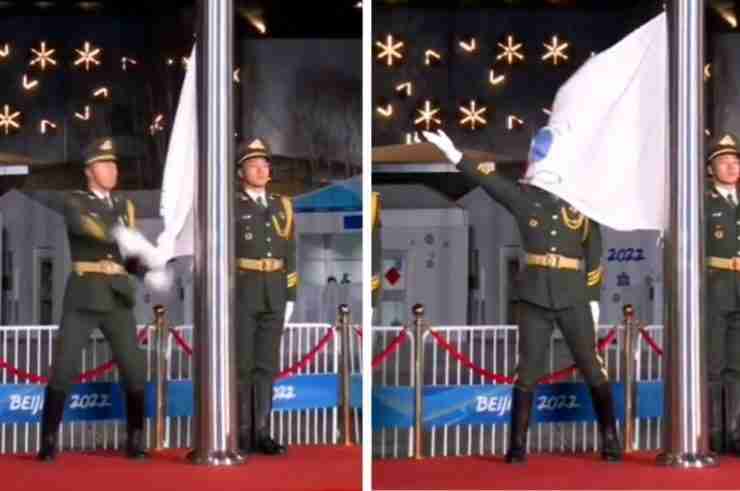 A Chinese soldier had an encounter with a stray flag during the flag-raising ceremony at the men’s cross-country 15km + 15km skiathlon at the Beijing Winter Olympics on Sunday Feb. 6.

The soldier’s unfazed reaction as the flag hit his face and rose made people laugh.

People replayed it countless of times.

And showed their support for how he handled the situation.

Others wondered how many times he had practiced raising the flag.

Perhaps to impress his crush?

Regardless, you gotta hand it to the man for giving it his all.