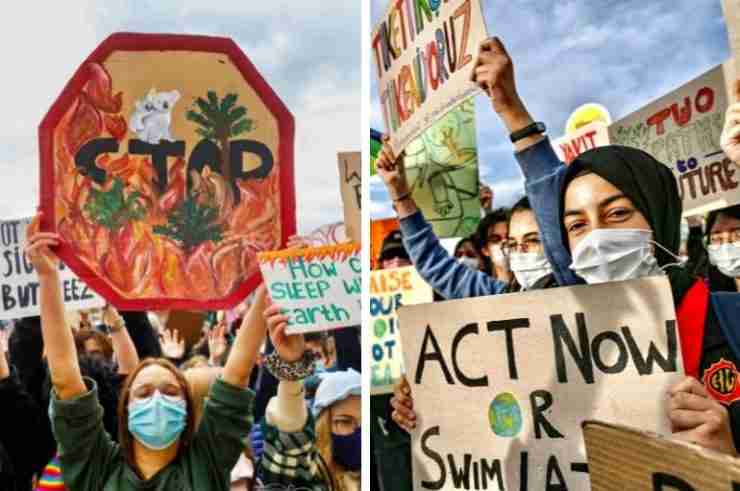 Thousands of young people took to the streets on Friday in more than 1,500 locations around the world to demand action to end climate change.

The protests under the Fridays for Future movement, led by Swedish activist Greta Thunberg, was the first return of climate protests since the outbreak of COVID-19.

Thunberg was in Berlin, Germany, calling for young people to vote in the upcoming national elections and march for change.

“Yes, we must vote, you must vote, but remember that voting only will not be enough. We must keep going into the streets,” Thunberg said, the Washington Post reported.

Earlier this year, a landmark report delivered by UN’s Intergovernmental Panel on Climate Change (IPCC) warned of breaking targets of Paris climate agreement to keep global temperatures under 1.5C unless carbon emissions fall in the next few years, CNN reported.